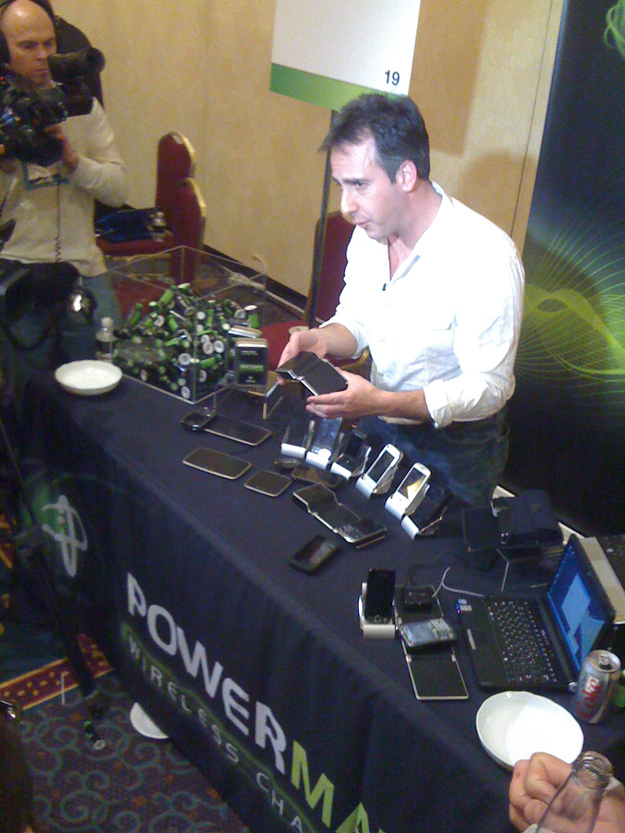 You may already be familiar with the Powermat wireless charging technology, especially since it has been available on the open market for some time. The trouble is that you had to buy those $40 cases before you could charge your cell phone, portable gaming device, and other items with the Powermat. That has now changed.

Instead of forcing you into an unnecessarily bulky case, Powermat is now offering swappable batteries. You simply pull out the OEM battery from your chosen device and switch it for one of the Powermat ones. From there, you can place your phone (or whatever) onto the mat and it’ll charge.

This obviously won’t work with the iPhone and iPod, since they don’t have user-swappable batteries, but it should work for most other devices. Powermat says that the batteries will be made available for HTC, BlackBerry, Nokia, LG, Samsung, Motorola, and Sony Ericsson phones.

The receiver cases are still going to kick around, but they’ll be changed for silicone version instead. The Powermat chargers themselves will be offered as Powermat 1X, Powermat 2X, and Powermat 3X, corresponding to the number of charging spots each one has. There’s also a Powermat 3X Netbook that’ll charge a netbook and two other gadgets.