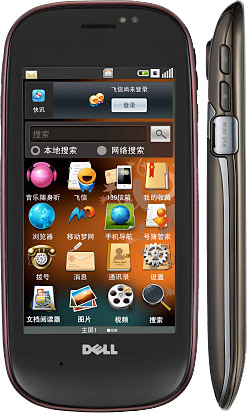 It’s already swept across China and Brazil but thanks to AT&T 3G – the Mini 3 – Dell’s first modern smartphone is finally headed to the U.S. running Google’s Android operating system. Yet to be confirmed, but we expect the specs to remain the same: a 3.5 inch 640×360 display, Bluetooth, 3 megapixel auto-focus camera with flash, microSD, and GPS to run on their 3G network.

AT&T will announce the Dell Mini 3 in the U.S. the first half of 2010. The Mini 3 will have a tough face off against other Android phones, including the Nexus One Google with more established phones, such as the BlackBerry and iPhone, could pose an even bigger threat.