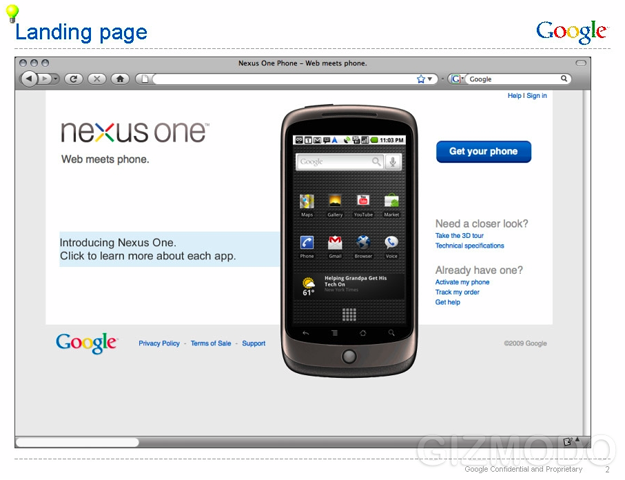 One of the big hopes that people had about the upcoming “Google Phone” was that it was going to be substantially cheaper than any other equivalent smartphone on the market today. As it turns out, Google has dashed all of those hopes, because they are not going to sell the Nexus One at cost.

Earlier rumors pointed toward an unsubsidized price of $199 for an unlocked Nexus One, but that does not appear to be the case anymore. Instead, the full retail price is a cool $530, according to some leaked Google docs.

That’s quite a lot more, wouldn’t you say? If you’re looking to save a few bucks, you can take the subsidized route with T-Mobile. Sign up for the two-year contract and they’ll give you the Nexus One for $180, but there’s a catch. You can’t just sign up for any old plan.

Instead, you will be forced into the $39.99 Even More plan, as well as the text and web options, bringing your total monthly bill up to $79.99 not including taxes. Should you cancel within 120 days, they’ll ask you to pay the $350 subsidized difference.

Other highlights from the leaked doc say that people on other plans will have to buy the unlocked, unsubsidized version unless they want to switch to the plan mentioned above. You are also limited to five Nexus one handsets per Google account. The doc points toward shipping outside of the US too, so this is not unlike the original dev version of the G1.