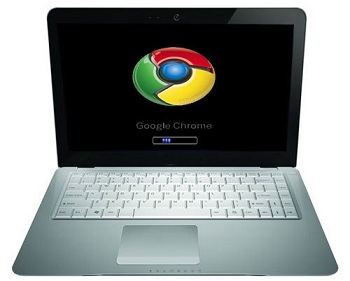 Google Chrome has quickly become my preferred web browser of choice and it may soon become the preferred operating system for netbooks around the world too. As you may recall, the Chrome OS bases most of its functionality “in the cloud,” but what can we make of its own features and specifications? Wonder no longer.

Take this report with a grain of salt, of course, but it seems that the specs for the first Chrome OS netbook have been leaed onto the Internet by IBTimes. The Google netbook will come loaded with a 10.1-inch HD display, but it’ll also be a touchscreen for added utility. Other highlights include the Nvidia Tegra platform with an ARM processor.

Running through the rest of the leaks, we find an impressive 64GB solid state drive, 2GB of RAM, integrated Wi-Fi, Bluetooth, 3G, and webcam. It’ll have the expected suite of Google apps, of course, but that large SSD is a little out of the ordinary for the netbook market.

Given its beefier hardware, you’d expect a beefier price to match. We didn’t hear about a straight-up purchase, but the subsidized price is said to be “under $300.” Don’t expect to get it right away, however, since the plans are calling for a holiday 2010 release.