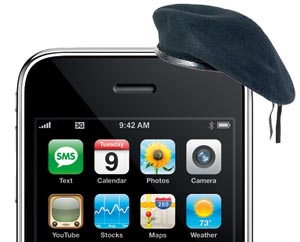 It’s undeniable that the Apple iPhone is one of the most popular smartphones on the market today, but the current 3GS model has been out for several months already. It’s about time that they make it more attractive to consumers again, right? Orange France seems to think so.

Orange France has to compete with other French carriers, since it does not hold the exclusive rights to the iPhone in the land of the Eiffel Tower, so asking for less money is one way to entice customers their way.

This is probably a smart move one way or the other. We’re fully expecting some sort of new iPhone model next year, so you may as well try to sell as many of the current model in anticipation of luring customers into an upgrade a few months later.