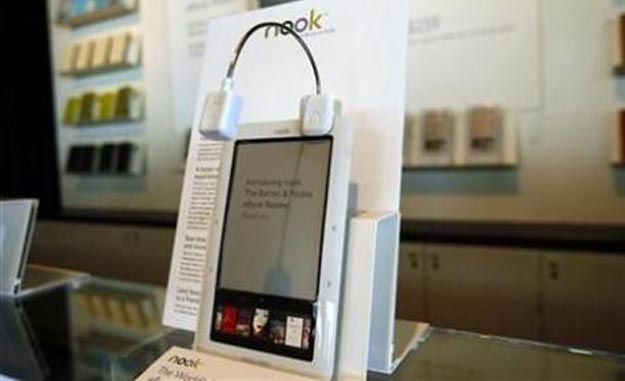 Well, I guess the title of this post is a little misleading, since your opportunity to get a “free” $100 has pretty much passed you by. Even so, this seems to be an interesting strategy on the part of Barnes & Noble when it comes to its new dual screen-wielding e-book reader. The Nook is pretty hot.

In fact, the Nook is a little too hot for Barnes & Noble to handle. Sales have been higher than expected and it seems like they can’t keep up with demand. The eReader is sold out for the holidays, but what about people who managed to get in the pre-order?

Barnes and Noble says that the people who were promised a Nook in time for Christmas Eve will likely still receive the popular handheld before that date. However, a “very small percentage of customers” may be affected by delays and they won’t get the Nook.

To help compensate for the people who are going without a Nook for Christmas (even though they pre-ordered it and were told they’d get it in time), Barnes & Noble plans to issue free $100 gift certificates. That’s more than a third of the $259 retail price of the Nook.

A Barnes & Noble spokeswoman said that affected customers were notified on Friday. If you didn’t hear anything, then I guess you can assume that your package should be coming in the next couple of days. If you did hear from them, then expect a $100 GC in your stocking instead.