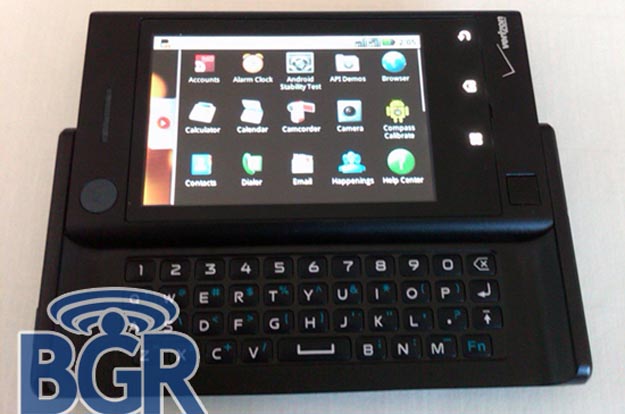 It sounds like Verizon Wireless is poised to make a major run at the market early next year. Everyone is already pretty excited about the Motorola Droid that launched a short while ago, but there are rumblings of at least three new smartphones that’ll be hitting the shelves of Big Red in the very early part of 2010.

First off, we have the Motorola Devour A555 shown here. This handset has been a very long time coming, since we first heard about the phone formerly known as the Motorola Calgary in the early part of this year. They say that the Devour will be “DROID’s little brother” and it’ll get Android 2.1, MOTOBLUR, and a 3-megapixel camera.

On the Windows Mobile side of things, we’ll be finding the LG VS750. While LG and Verizon are certainly no strangers to one another, this is actually the first LG smartphone to be offered through Verizon. Previous handsets were really just “feature phones” and “messaging phones.” The LG VS750 has Windows Mobile 6.5 and CDMA/GSM for roaming.

Not to be outdone, the folks at Palm are heading over to Verizon too. The Palm Pre is currently being exclusive to Sprint, but as per so many other rumors, the platform is expanding to other carriers. The Palm Pre Plus is slated to join Verizon with webOS. There’s no explanation of the “Plus” part of the name, so it’s just conjecture for now.