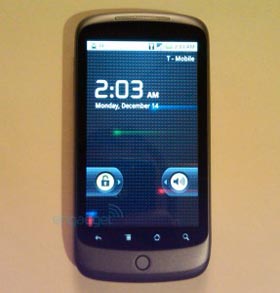 Earlier this week, we learned that the first official so-called “Google Phone” would be called the Nexus One. It would naturally be powered by Google Android and would not carry any obvious HTC branding whatsoever. Well, we just learned one other reason why we should care about this smartphone: it’s going to be cheap.

Whereas you can be expected to pay as much as $200 with a contract to get a relatively new and well-powered smartphone these days, it seems that Google wants to buck the trend with a more affordable option. Rather than going through a carrier subsidy, Google wants to sell you the phone directly.

This is similar, you could say, to the developer’s version of the original G1, but the sale of the Nexus One is meant to be for the regular consumer and not for an application developer. What this means is that you won’t have to deal with any messy contractual obligations.

So, what’s this magical price? From what we hear, the unlocked Nexus One will be sold for just $199 in stores. That’s without a contract, so you’re completely free to use the phone with whatever GSM carrier that you’d like. There’s also word of a $100 rebate online “if you have an active and old Google account.” Isn’t that everyone?

And the extra kicker? The rumored launch date is January 5. That’s only three weeks away!