Want to catch someone in the act? Want to perform some undercover investigation without getting caught? It seems that the crazy folks at Thanko are coming to the rescue once again, this time around with the appropriately-named Camera Cap. As you can probably figure out, this baseball cap hides a voyeurific secret… so to speak.

It may look like a rather plain cap, but that little hole in the front is actually a crude camera. It’ll be able to shoot video at a VGA (640 x 480 pixel) resolution at 25 frames per second. That’s kind of a strange framerate if you ask me, but at least it works.

For memory, there’s 4GB of internal storage. This is supposed to be enough space for up to 50 minutes of sneaky video. The cap weighs in at 130 grams, so you don’t feel like you’re wearing an extra bulky camcorder. The battery life is rated at 2.5 hours too.

If you’re feeling the urge to record video without people knowing it, then pop on over to GeekStuff4U to find the Camera Cap on sale for about $135. 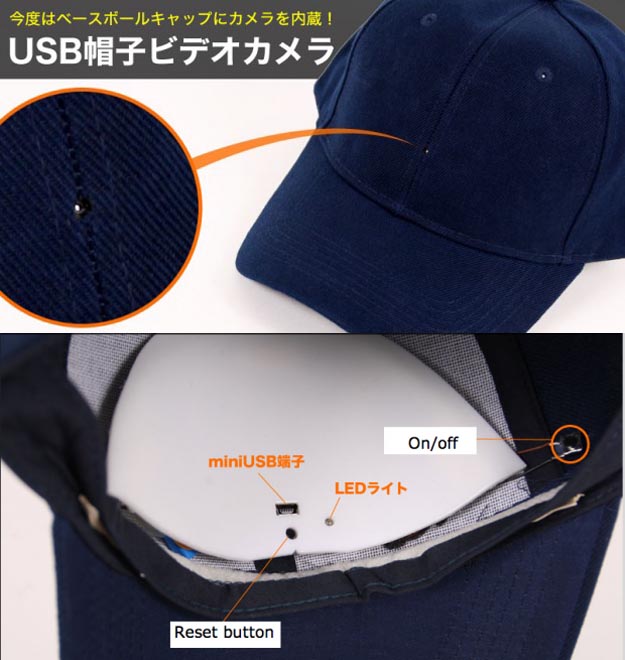