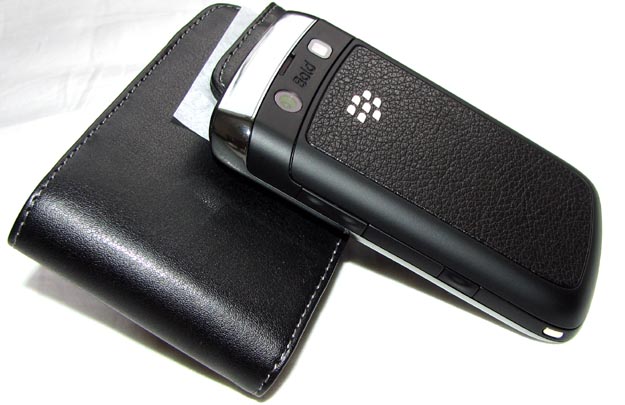 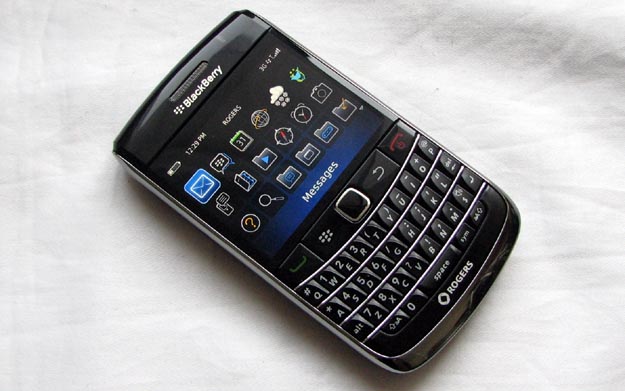 We officially found out a couple of months ago that Rogers Wireless would be carrying the BlackBerry 9700. Well, it is most definitely a part of their holiday lineup and we were lucky enough to get our hands on a review unit to take out for a test drive. If you’re looking for the latest and greatest from Research in Motion, the “new Bold” is where it’s at.

Running through the list of features, you’ll find that the trackball has been replaced with the new optical trackpad that will probably find its way onto every new BlackBerry for the next little while. As expected, you get quad-band GSM connectivity to go along with the tri-band HSPA 3.6 connection. Rounding out the wireless radios are integrated Wi-Fi and GPS. 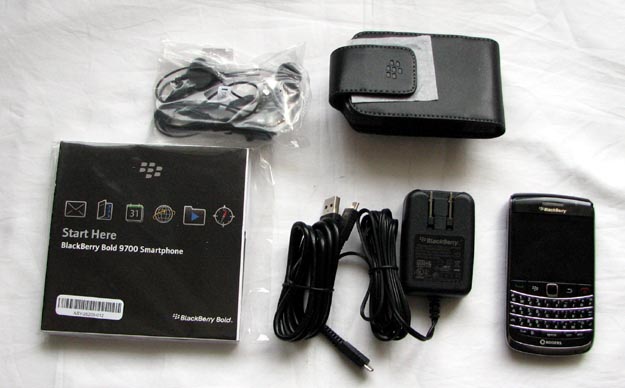 Inside the box, you get the phone itself, a wall charger, USB sync cable, leather-like holster, stereo headphones, and supporting documentation. A 2GB microSD card comes pre-installed, but you can swap that for a card as large as 32GB should you so desire. 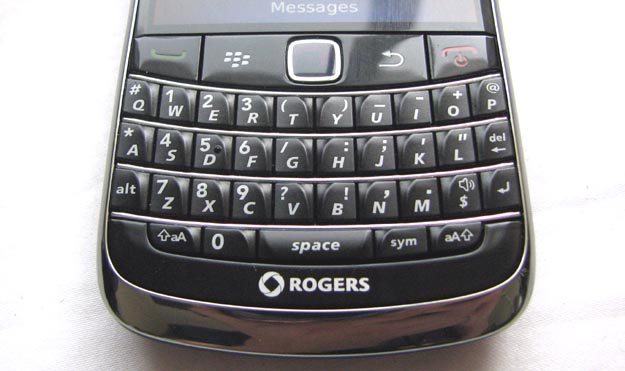 In terms of initial impressions, I’m quite pleased and impressed with the BlackBerry Bold 9700. One of the complaints that I had about the original BlackBerry Bold 9000 was that it was too large and bulky. I preferred the size and feel of the BlackBerry Curve 8900, but the 8900 lacked 3G. In many ways, you could say that the Bold 9700 brings the best of both worlds. The size is fantastic, being slightly shorter, wider, and thicker than my Nokia E71 smartphone.

The keyboard remains much the same as the Bold 9000, putting those small rounded ridges on each key. I personally prefer the keyboard style of the 8900, but I can learn to live with this configuration. The leather back on the 9700 doesn’t encompass the entirety of the back part of the phone, unlike the 9000. It’s broken up by having a distinct flat battery cover that is flanked by the rounded contours on the sides.

If you’re expecting something wholly different on the messaging or operating side of the equation, you’ll be disappointed. This BlackBerry looks and works just like most other BlackBerry devices in recent memory. This can be a good or bad thing, depending on your personal preferences. Installing new software through App World (or other sources) is a cinch. 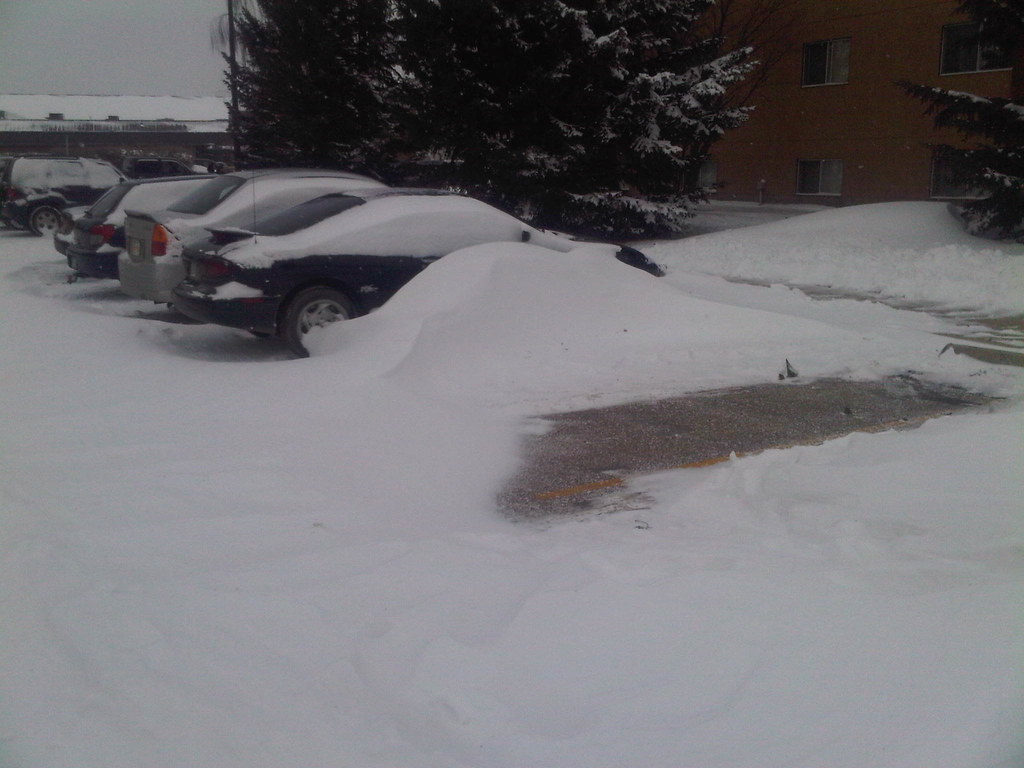 Shown above is a picture that I took using the 3.2-megapixel camera at maximum resolution. This was on an overcast and snowy day, but I still found the photo to come out a lot darker than I had expected. The quality is definitely better than the 3MP camera I have on my Nokia E71, but I still think the iPhone 3GS takes better pictures. 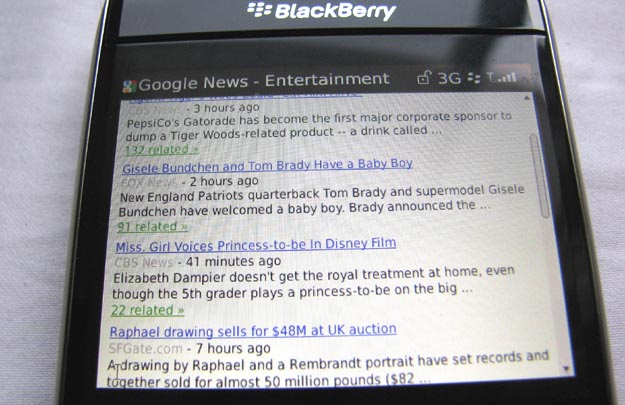 The screen resolution is an ample 480 x 360 pixels, which is the same width as the Bold 9000, but it gains a little bit of vertical height. Text is easily legible on most websites and the zoom feature in the BlackBerry Browser makes most sites reasonably usable.

This obviously doesn’t give the same kind of size as a Samsung Omnia II or other touchscreen-only devices, but that’s the sacrifice that you make to get a QWERTY keyboard in a bar-style smartphone. For compatibility, you may want to use the Opera browser instead of the default too. 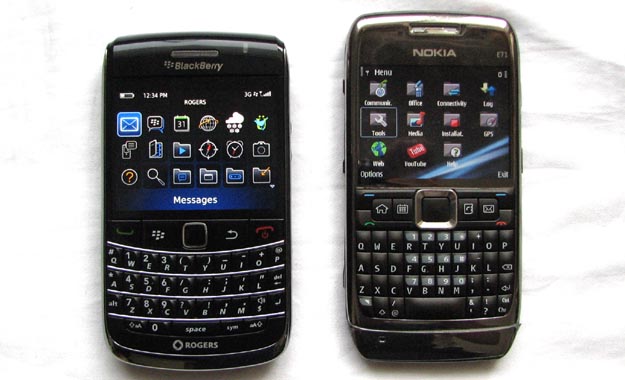 Without a doubt, the BlackBerry Bold 9700 is the best BlackBerry released to date. I was not a fan of the SurePress technology in the BB Storm and the Curve 8900 lacked 3G.

With the BlackBerry 9700, you get a nice keyboard, a decent camera, a reasonably compact form factor, and classy, professional looks. The browser is still a little on the slow side and surfing the web on a BlackBerry still isn’t as good as an iPhone, but that’s not the main focus for most BB users anyway.

The optical trackpad works quite well and battery life was quite good. I was able to get about three days of intermittent use on a single charge. What’s missing is a better browser and a snappier processor. 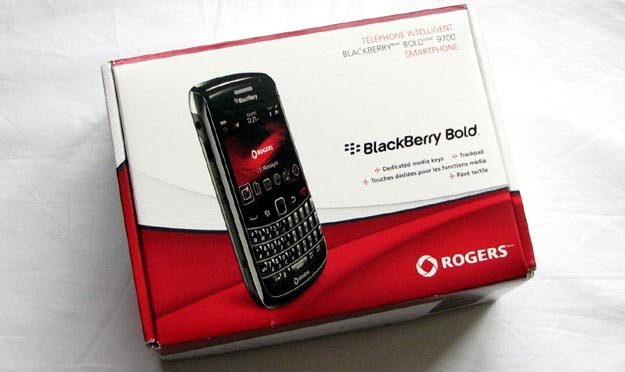