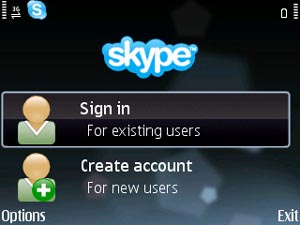 Originally, people thought that you could only use Skype while at home. You may be using the VoIP standard with your computer or maybe you purchased a dedicated phone for that purpose. These days, however, people are much more interested in using their cell phones with Skype. We’ve seen people do it on the iPhone and now Symbian users can join in on the fun too.

Skype has announced that they have created the appropriately named Skype for Symbian beta. This is a free application that brings Skype’s features to Symbian phones, like my Nokia E71.

It’ll work over both Wi-Fi and 3G data connections, so you can use the former to save on your bill from the latter if need be. The beta version will work with Symbian S60 3rd Edition FP1 and FP2 phones. This includes the E63, N96, 6220 Navigator and more.

Look for the full release of Skype for Symbian beta to happen in early 2010.