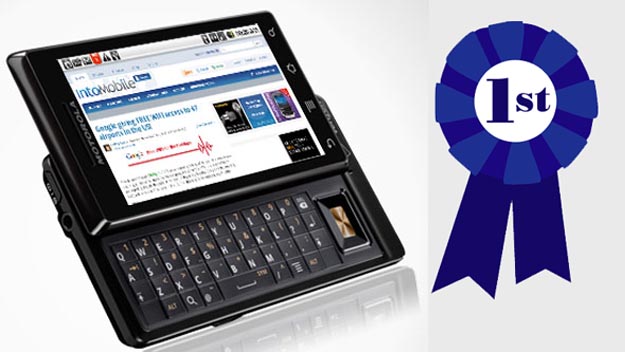 Many other supposed iPhone killers have come and gone. We’ve seen some valiant efforts from devices like the BlackBerry Storm and the Palm Pre, but very few have quite the same potential as the Motorola Droid. In fact, the new smartphone is so great that Time Magazine decided to name it as the best gadget of the year.

Time Magazine just released its Top 10 Everything of 2009 and it just so happens that Motorola Droid tops the list for the gadget category. This could represent a major resurgence for Motorola too, which has suffered considerably in recent years.

Why was the Droid picked as the top gadget of the year?

Google Android isn’t new anymore, since we’ve already been presented with devices like the HTC Dream and myTouch 3G, but the Droid could have the best hardware wrapping around that platform. Kudos.

Oh, and if you’re wondering, the only other mobile phone to make the top gadget list was the iPhone 3GS and it took fourth place.