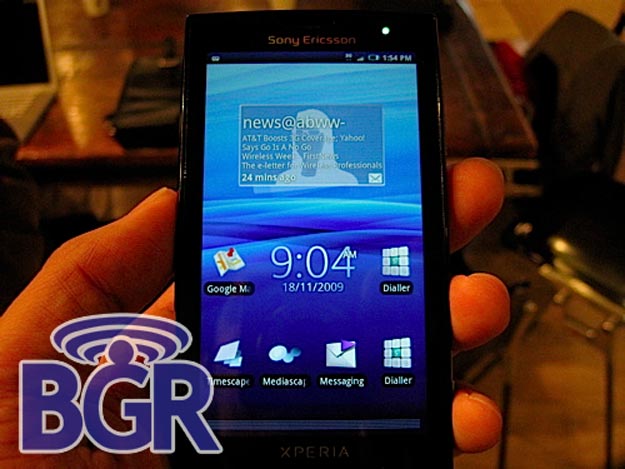 The Google Android thing already has quite the strong foothold in the T-Mobile lineup thanks to a number of handsets from HTC, but it seems that the collection is going to grow with an addition from Sony Ericsson. You might remember this phone as the Rachael at one point, but it seems that Sony Ericsson XPERIA X10 is indeed coming to the United States.

Whereas the first XPERIA (X1) came powered by Windows Mobile and received a Sony Ericsson Panel user interface, the XPERIA X10 represents the first Google Android smartphone from the company. Based on some of the hearsay going around, the XPERIA X10 will be going to not one, but two US carriers.

More specifically, we’re hearing that both AT&T and T-Mobile will be getting some version of the Sony Ericsson XPERIA X10. The key features will remain much the same, but the T-Mo variant will get tweaked to use its 1700MHz 3G network.

There’s no official word on the subsidized price just yet, but you have to realize that the unlocked phone comes attached with a $700+ price tag. Let’s hope those carrier subsidies are pretty huge when Sony Ericsson drops the XPERIA X10 early next year.