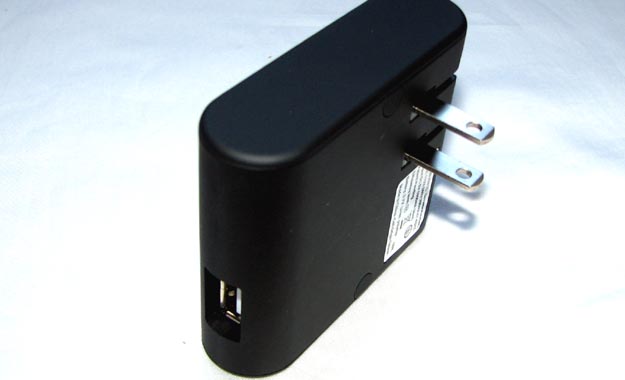 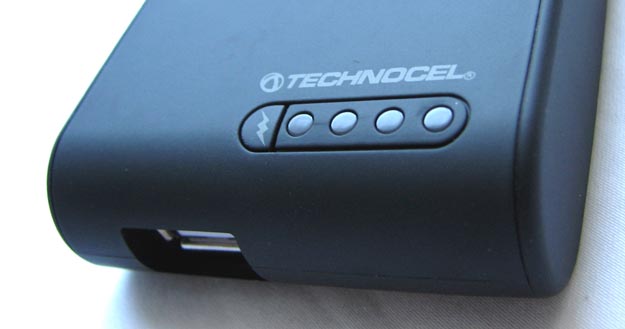 Over the river and through the woods to grandmother’s house we go. It’s that time of year when you may be taking a trip over to granny’s house for a holiday dinner, so that means that you’ll be packing up much of your gadget gear in preparation for this trip.

If you’re rocking any kind of portable electronic device, you’ll probably want to have a spare battery or two kicking around. At the same time, you’ll want to have your wall charger in tow as well. Wouldn’t it be so much more convenient if you could marry these two functionalities? That appears to be the motivation behind the Technocel PowerPak. Instead of being just a wall charger or just a portable battery, it’s both. 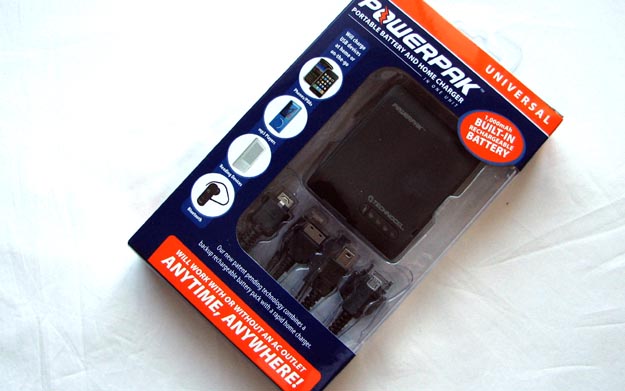 Retailing for $49.99, the Technocel PowerPak is quite the affordable option for road warriors, especially since it boasts the dual functionality described above. It’s also very noteworthy that Technocel has included a huge range of adapter tips, so most mobile devices should be supported.

There is are standard wall plug prongs in the back (which fold into the body when not in use) and then there is a standard USB 2.0 port in the bottom. There is only one USB port, however, unlike the Mophie Dual USB Wall Charger. If you’d prefer to use your own charging cables, most will work with the PowerPak. If it’s a data-only cable, of course, the charging aspect won’t be very useful here. 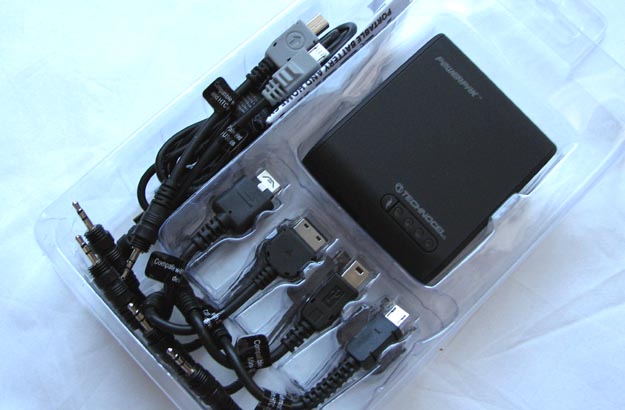 This is being marketed as the “ultimate universal charging solution,” partly because it comes with a wide array of charging tips. There is a system USB cable and then you can screw in one of the tips to charge your device. Looking inside, I found tips for everything from HTC to BlackBerry, Nokia to Samsung. As mentioned, you can use your own cable instead if you prefer.

It is interesting that you screw in the charging tip to the system USB cable. I guess this is meant to provide a more secure fit than a simple plug system. By offering a range of short tips, it means that you can use a single cable instead of having to bring along a number of different cables.

There are four red indicator lights on the front that indicate the level of charge for this battery. The lights stay off, even when the device is plugged into the wall, to help conserve power use.

For me, I think it’s a little unfortunate that the internal battery is only 1000mAh. For most smartphones, this is not enough to provide a full recharge. On my Nokia E71, the standard battery is 1500mAh, for example. 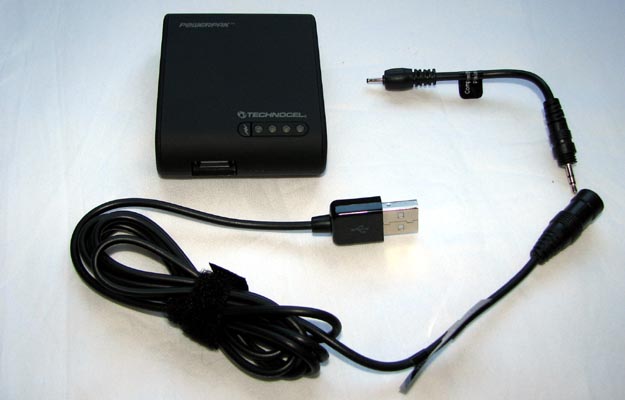 With a slightly textured and almost “soft” surface, the Technocel PowerPak offers great build quality and the feel of a premium product. Charging up the internal battery was reasonably expedient and having this dual functionality is a major bonus. The huge array of included tips really makes this a universal charger too.

As convenient as it is, the biggest downer is the smaller internal battery. I’m using a portable battery pack from Proporta currently and it comes with a 3500mAh battery; that’s a lot bigger, but it lacks the quad indicator lights of the Technocel.

The official product page says that the PowerPak will give you up to three hours of additional chatting, so you can use this as an emergency backup battery to tie you over until you can reach another wall outlet.

UPDATE (12/03/09): I just got an email from the PR rep informing me that this was part of a first sample batch and it has one notable difference from the final production version: “One of the LED lights will turn red when it’s plugged into the wall to indicate that it’s receiving power.” Aside from that, it should be the same.