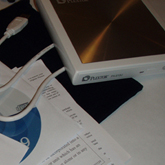 Is recordable media dead? If you’re in the technology fishbowl you might be fond of relying on the cloud or on sneaker net with USB and other flash drives, but for the vast majority of movie watchers and music listeners, there’s still a reason to have a DVD or CD burner.

If you’ve got a Mac and you’re one of those people, you might want to try the Plextor PX-610U external DVD burner for Mac. With an online price between $90 and $121, the drive burns CDs and DVDs at a max of 8X (5X for DVD-RAM discs) and is powered via the USB port on your computer. 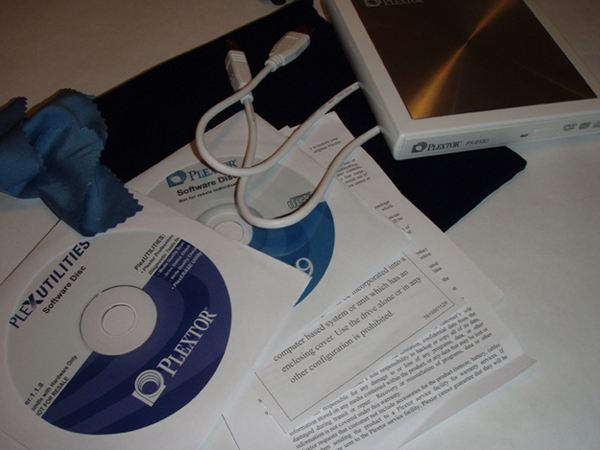 In the box is Roxio Toast 9, a USB cable, a cleaning cloth, a soft pouch, instructions and the little white drive.

Sure, the SuperDrive in the Mac is a fine burning drive, but why waste the life of your internal drive? With the nearly pocket-sized Plextox you can burn from disc to disc easily and quickly.

As an example, I put a copy of Paul and Storm’s album Gumbo Pants in my Mac and fired up the included copy of Roxio Toast 9. Watching the burn window, the average burn speed was about 9X with some of the high spin rates bumping 18X. The burn – disc to disc – took about two minutes for an album with 30 songs on it and a play time of 46:30.

Next up, an unprotected movie…for archival and my own back-up purposes only. Burning protected material is said to be wrong.

I started with a copy of Vertigo from Alfred Hitchcock. After putting it in the Mac and doing some ‘magic’ to it, I burned those files to a DVD+R in the Plextor.

Yes, it took a while. Actually started at 7:45PM and was done at 9:30PM. So, almost two hours for one DVD is quite a while. The promised 8X didn’t materialize, even on discs rated for 16X, but it did average in the 3-4X range which wasn’t horrible.

The drive – as I mentioned – is small. It comes with a velveteen carry pouch and a USB cord. The cord serves as both the recharging cable and the transfer cord. 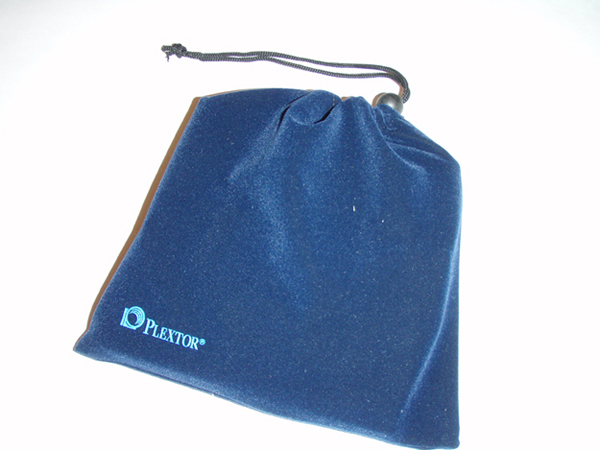 In fact, when I got the drive it was probably charged but schedules and life got in the way so much I let the charge dwindle to almost nothing. In just a couple hours, even while using the Plextor, the drive was fully charged and ready to go. Pretty cool.

The drive spins silently, has a button on the front to eject discs, and has an odd stainless steel square on the top.

Charges with the included USB cable (so no need for an external power supply).

Fits in a cargo-pants pocket, it’s just a sliver larger than a standard CD or DVD case.

Not a heck of a lot stands out. The drive works as promised and comes bundled with the software you need. It even includes software for the PC in case you also have a PC.

So, my only reservation is the price because you can get a DVD external for less money in a lot of places. But this drive holds its own. 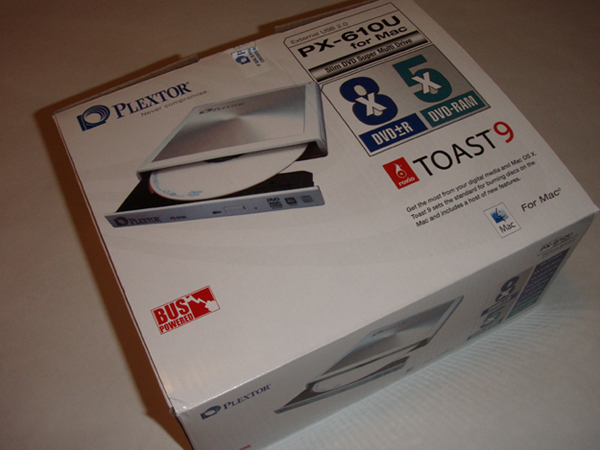 If you’re going to use DVDs and CDs to back up your data and entertainment…and you own a Mac…this drive makes some sense. The included Roxio Toast is sweet and is fully-functional, even as bundled software.

The rechargeable white case fits in your pants and just plain works. As I implied, the only reason to look for another solution is if you already have burning software and just need a drive.

But I like this little drive. It makes the cut.