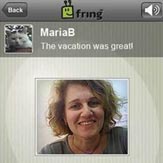 One of the bigger milestones achieved on the Apple iPhone was the ability to have Skype calls completed over a Wi-Fi network. That was major. Now, you have the legal capability of taking the next logical step, because Fring for iPhone is now supporting video calls via Skype too.

As you may already know, Fring is a free chat client for the iPhone that supports a range of messaging standards. The newest update brings video conferencing to the mix over a Wi-Fi connection, but it does come with one major shortcoming.

You’ll notice that the iPhone does not have a front-facing camera. As a result, your video calls will be a one-way video feed only. You’ll be able to see the person calling you, but they won’t be able to see you back.

With this official Fring update, we have to wonder when and if Apple will release a version of the iPhone with a front-facing video camera. A good number of other 3G smartphones do the dual-camera thing, so the boys and girls in Cupertino shouldn’t have any trouble implementing it in the iPhone 4G. 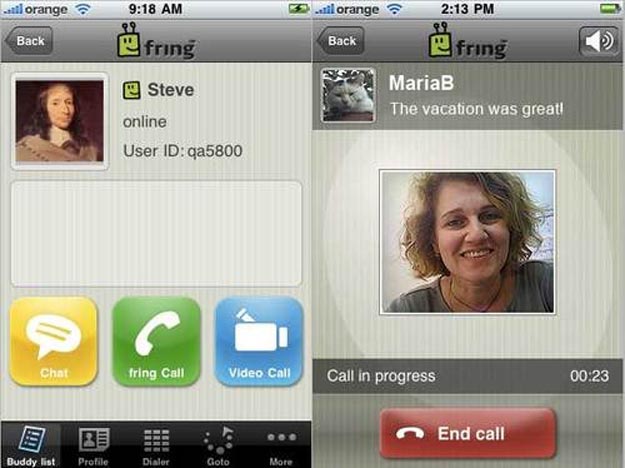