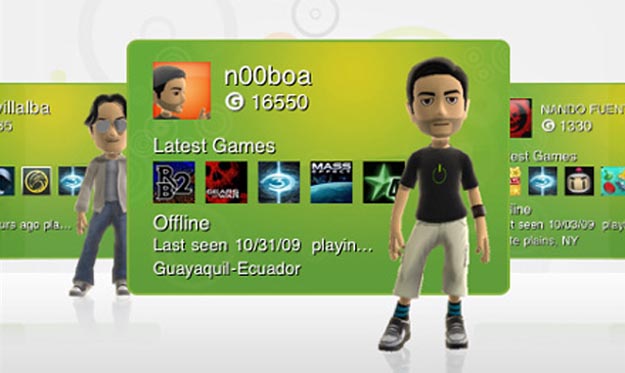 Didn’t think that Microsoft and Apple could play nicely in the same yard? Guess again. If you happen to be rocking an Apple iPhone, you can now latch into your Xbox Live account and communicate with your Xbox 360 buddies just like you would on the console itself. Well, this app has been avaialble in the past, but now it’s been updated with version 2.0.

What do you we get with the new 360 Live for iPhone app? I suppose you could just as easily stay connected with your friends via email, text message, Twitter, Facebook, or any number of other options, but the 360 Live for iPhone lets you send messages over the Xbox network too.

Further still, you can flip through the different Gamertag profiles with the Coverflow-like interface. This is similar to what you’d see on your console, including information about their Gamerscore, latest games, online status, location, and so on.

The updated 360 Live for iPhone 2.0 sells in the App Store for $1.99. Alternatively, you can look for the 1337pwn’s iNEXS app for free. That’s supposed to have similar functionality.