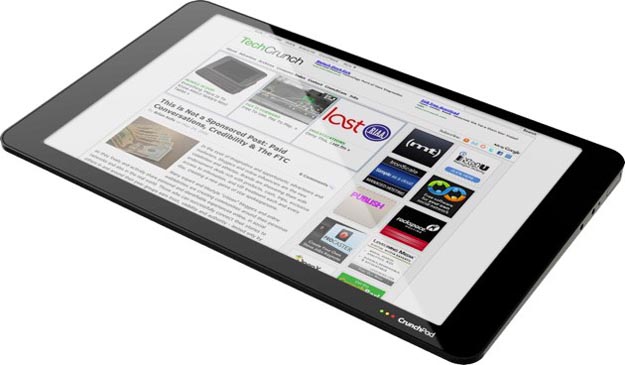 Many of us have been following this Michael Arrington saga since its very infancy. This was when netbooks were first bursting onto the scene and it was before we had any real knowledge of a possible Apple Mac Tablet. The CrunchPad had so much promise, but it is now dead.

Michael Arrington published an official post earlier today saying that the nearly 1.5 year project has hit the deadpool. There were rumors of its demise earlier this month, but the assumption at the time was that it was because of increased costs.

Instead, the “entire project self destructed over nothing more than greed, jealousy, and miscommunication.” Arrington and his team were notified that they were no longer involved with the project. That’s right. They were being kicked out of the project that they started in the first place.

Fusion Garage, the company that they commissioned to build the CrunchPad, said that it was going to move forward and sell the device directly and without the involvement of Arrington’s people.
You know how Foxconn builds the iPhone? This would be like if Foxconn decided to ditch Apple at the last minute, saying that they’d prefer to sell the iPhone under their banner instead with no further involvement from Apple.

Arrington says that his team and Fusion Garage “jointly own the CrunchPad product intellectual property,” but his team has sole ownership of the CrunchPad trademark. He says, “It’s legally impossible for them to simply build and sell the device without our agreement.”

And so the saga continues?