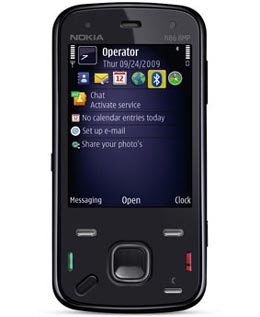 If you were really antsy, then you may have already purchased the Nokia N86 from the Nokia USA flagship store earlier this year. For the people who were willing to wait, however, Rogers Wireless is now offering this 8-megapixel camera phone and you can have it for a fraction of the unlocked, unbranded price.

As you may recall, Rogers announced that it would be carrying this phone earlier this month and now the slick slider is ready to hit store shelves. You get that crazy 8-megapixel Carl Zeiss camera, integrated flash, and all the smartphone functionality you’d expect from an N-series Nokia.

Rounding out the specs are the 8GB of internal memory, built-in GPS, integrated Wi-Fi connectivity, 3G data speeds, and dual-slide form factor. If you don’t really want a touchscreen or a hardware QWERTY keyboard, the N86 could be just the ticket.

Find it at your favorite Rogers outlet for $99.99 with a qualifying three-year service agreement. Choose to go without a contract and it’ll run you $499.99.