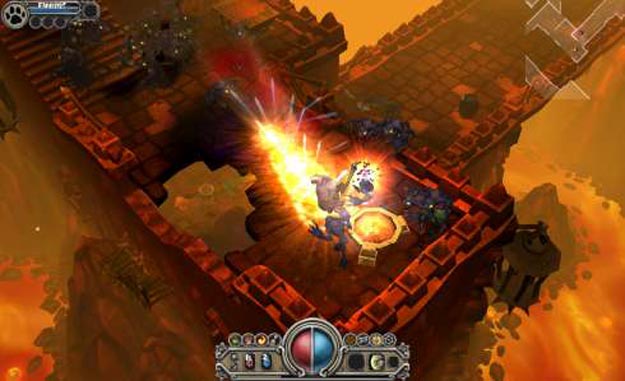 There are definitely appealing factors to netbooks. They’re more portable and less expensive than their full-size notebook counterparts, but this usually comes at a price. Many people assume, for example, that you shouldn’t even bother trying to play any computer games on a netbook. Well, Joe Rybicki begs to differ.

While you won’t be able to run Crysis at its full resolution, you do have options beyond web-based Bejeweled and Tetris clones. Rybicki has compiled five great games that are not only relatively recent, but also play nice on the vast majority of netbooks.

For the purpsoes of his list, the compatibility would work with a netbook that has a 1.6Ghz (Atom) processor, 1GB of RAM and no dedicated video card. That sounds about par for the course for current netbooks.

At number five, Torchlight is a hack-and-slash RPG that is clearly reminiscent of Diablo. And it’s only 20 bucks. Puzzle Quest: Challenge of the Warlords chimes in at number four, offering RPG elements in a puzzle package. Number three is Sins of a Solar Empire and number two is Trials 2 Second Edition.

And coming in at the top spot for netbook-friendly games? World of Warcraft. You will need to dial down all the settings though.