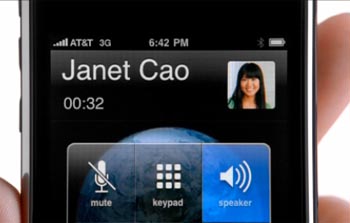 You know how the recent slate of commercials from Verizon have had their sights clearly targeted at AT&T and the Apple iPhone? You know how they’ve been saying that they have a map for that and how they’ve placed the iPhone in the land of misfit toys? Well, it’s not like the boys and girls in Cupertino are going to take this one lying down.

We’ve already seen some response, both in the form of possible lawsuits and new television commercials, from AT&T, but now Apple is stepping onto the battleground as well. Not surprisingly, they’re not exactly pleased with how their flagship cell phone is being depicted.

In the two newest Apple ads, we don’t see or hear an explicit mention of Verizon Wireless, the Motorola Droid, or anything like that, but the implied comparison is very clear. Verizon may be going after the weaker 3G coverage of AT&T, but Apple has something that Verizon does not currently offer.

And so, the battle continues…