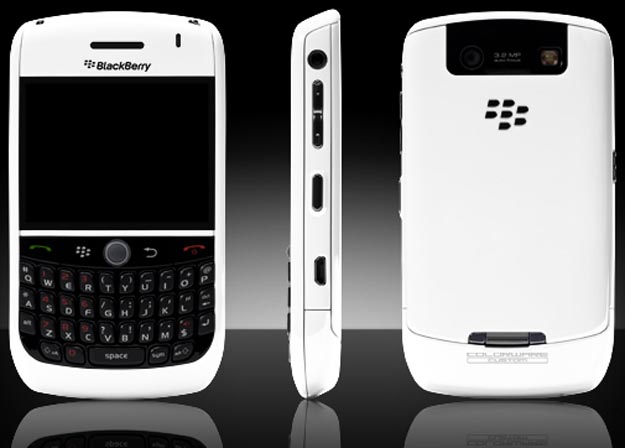 Most cell phone geeks are already familiar with the Colorware service. In a nutshell, you ship your treasured handset (they also do notebooks and other gadgetry) over to their warehouse and they’ll outfit it with a fancy paint job featuring just about any color that you can imagine. The trouble with this service, up until now, is that you have to go without your phone for however long this process takes. That’s changing, at least for one of the phones.

The good folks at Colorware have now announced that you can order just the parts for the BlackBerry Curve 8900. This way, you don’t have to buy a brand new device from them and you don’t have to send your phone over to them either. Instead, you’ll get a package in the mail with your custom housing.

The bad news, as you can imagine, is that you’re going to be responsible for the installation process and any mistakes you make along the way will be utterly in your hands. They’ll give you instructions, presumably, but if you’ve never replaced housing before, you may be looking at a mild headache or three.

Oh and if you’re hoping to save some money with the parts-only service from Colorware, you should still prepare yourself for a fairly substantial financial hit. Pricing for parts-only still starts at $159. Presumably, this parts-only option will be extended to some other phones in the near future.