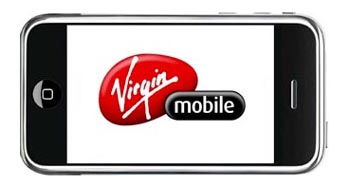 Seems like the Cupertino floodgates are opening north of the border. It wasn’t all that long ago that Rogers Wireless (and its canine companion Fido) was the only place where Canadians could officially get their hands on the Apple iPhone. Now, you can head on over and grab the same phone from Bell Mobility or Telus Mobility. Well, get ready to add another name to the Apple mix.

An exact date has not been provided as of yet, but it has been announced that Virgin Mobile Canada will be launching the Apple iPhone 3G and iPhone 3GS some time in 2010. This makes sense, I suppose, since Virgin Mobile Canada is owned by Bell. The selection of phones for the former has since largely mirrored that of the latter.

We can probably expect some special “iPhone voice and data plans” to accompany the launch, but no further details were given in this area. Virgin will be a little late to the party, but at least it’s getting an invitation.

I wonder what will happen when we are inevitably treated to the next-generation iPhone in summer 2010. Based on the release schedule of the first three iterations, Apple will have new hotness for us in June. Will Virgin get it at the same time as Bell?