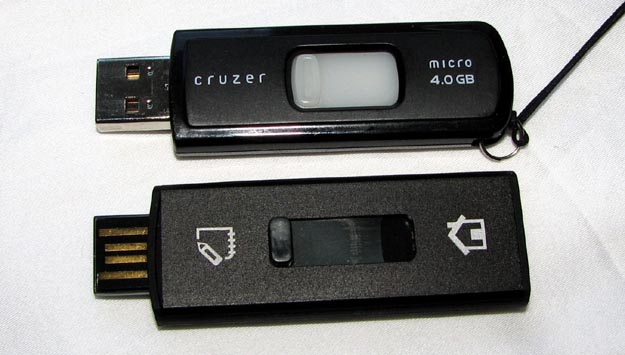 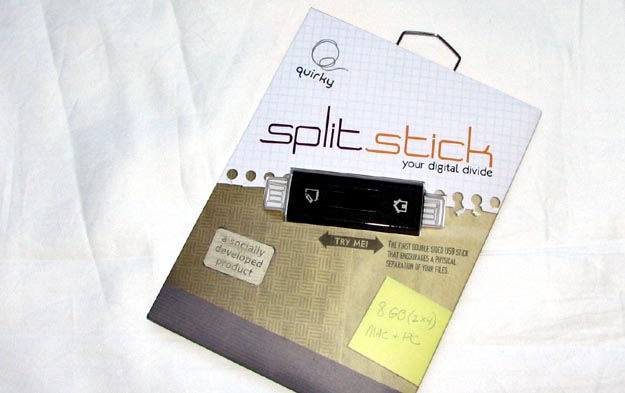 It was just a concept when we first heard about the Quirky Split Stick USB Drive earlier this year, but now the dual-wielding memory device has hit production and it is available for sale through the Quirky website for $24.99.

What’s the Deal with Quirky?

For those of you who are not as familiar with the Quirky business model, the idea is that an original designer proposes a product on the Quirky site and then solicits feedback from the community in how this product idea can be improved. This feedback can hit up the physical design, technical specifications, and any other of the finer details. Anyone who contributes positively to the creative process can then earn a portion of the profits to come. 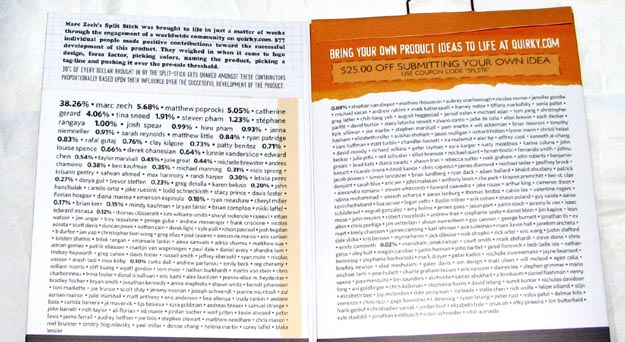 Opening up the package for the Quirky Split Stick, we see the list of contributors. All of these people will be sharing 30% of the revenue generated through the sale of the product and this money is split up according to their level of influence. The original guy, Marc Zech, gets the biggest share, receiving almost three bucks on every sale.

This makes for a very interesting collaborative effort, because everyone involved wants the product to do well. And that’s where we find ourselves with the Quirky Split Stick.

Unlike just about every USB flash drive on the market, the Split Stick is actually comprised of two separate drives. There is a slider in the center that you can push to either side, exposing the USB connector to each of the 4GB drives. The idea is that you can separate your work stuff from your home stuff… or whatever other separation you desire. 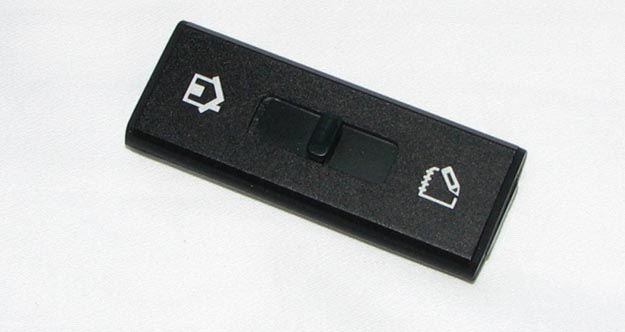 In addition to the home/work design that you see here, the Split Stick is also available with love/hate, plus/minus, look/lock, and dots/solid dots. You can also choose from black, pink or orange. You’ll also notice that the design of the slider mechanism has changed from the original concept and I think this “raised” switch is much more effective.

You’ll also be glad to hear that the Quirky community decided on a metallic body rather than a cheap plastic one. This helps to make for a nice, solid feel to the drive. The slider mechanism seems to be quite robust too; it’s not that flimsy at all.

Running the “home” USB flash drive through HD Tune, I got the results shown here. The first 60% of the drive seems to sustain a reasonable read speed of about 18MB/sec, but this suddenly drops off to about 8MB/sec. 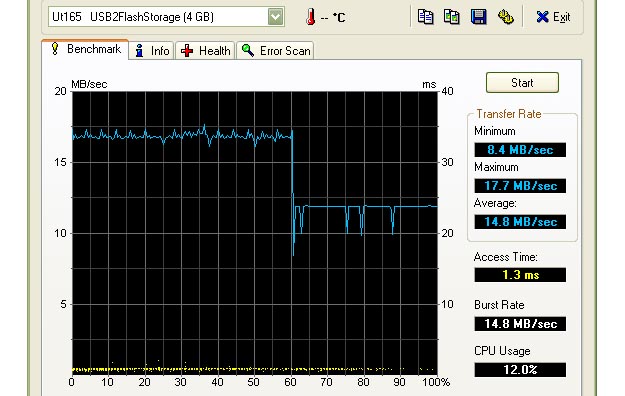 Thinking that this was an anomaly, I ran the same test on the “work” side of the flash drive and got very similar results. This can be a major hurdle for performance junkies, because the 17.7MB/sec maximum read speed isn’t even near the top of the heap. It’s worse yet that the speed gets cut in half about two-thirds of the way through.

For the real-world test, I tried dumping a 700MB video file onto the drive (write speed) and then I tried copying it back out (read speed) onto my computer’s hard drive. The write test took approximately 181 seconds, representing a speed of about 3.9MB/sec. The read speed took about 43 seconds, which works out to about 16.3MB/sec. That’s a huge discrepancy and it’s one that you should keep in mind if you are considering this drive.

So, is the Split Stick worth your consideration? The physical separation of your work and home lives seems like a good idea, but you could really achieve the same thing by having one larger drive with two folders in it. Nonetheless, this is an interesting idea.

From a value proposition, the 4GB x 2 Quirky Split Stick is $24.99 (it was $19.99 during the pre-order period). If you were to shop for a similar-sized 8GB drive, you could find something by SanDisk or Kingston for about $20. In this way, the Quirky offering isn’t really more expensive by comparison.

Unfortunately, the performance left much to be desired. The write speed was disappointing and the sudden drop in read speed at the 60% mark is disconcerting too. If Quirky decided to switch memory providers, they could have a great product on their hands.