Arguably, HTC started this whole thing when the company made the TouchFLO user interface overlay for its Windows Mobile phones. Samsung did its thing with TouchWiz and then HTC created the Sense UI for its Android phones. We already knew that the Sony Ericsson XPERIA X10 would come equipped with its own custom UI and now that UI has a name. This is Nexus.

The XPERIA X10 is a Google Android phone, through and through, but the Sony Ericsson Nexus user interface is meant to integrate a number of different services into a more user-friendly experience. It also makes the menu navigation a heck of a lot prettier.

The signature Nexus app is Sony Ericsson Timescape. This grabs information from your different social networks, like Twitter and Facebook, and integrates them all together into one place. It also organizes this information around timelines, hence it’s name.

Another major app for Nexus is called MediaScape. You can think of this as your go-to app for anything related to multimedia. It’ll flip you through your photos, bust out your tunes, and play back your videos. The camera software comes with facial recognition and tagging too.

At some point, Sony Ericsson plans to expand the Nexus UI beyond “just” Android smartphones, possibly implementing it in non-smartphones too. Time will tell. 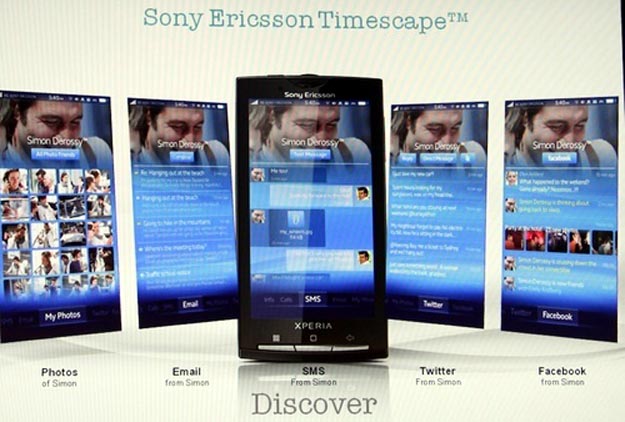