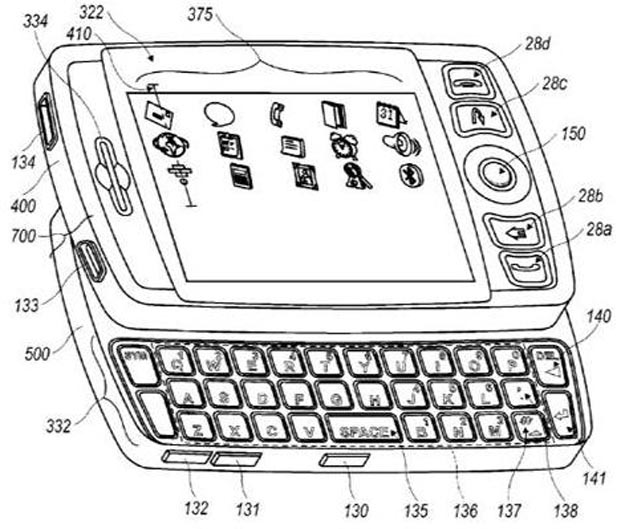 Let’s have a look at the BlackBerry lineup. We have a huge range of “conventional” bar-style smartphones with QWERTY keyboards (Curve/Bold), more compact alternatives (Pearl), the touchscreen thing (Storm), and even a flip phone (Pearl Flip). What’s missing? Ah yes, the slider. Or how about a touchscreen slider?

Shaw Wu is an analyst over at Kaufman Bros. and he’s saying that Research in Motion has a prototype of a brand new phone and it’s unlike any other ‘Berry. More specifically, the new phone could look like the the RIM patent picture shown here from March 2008, albeit updated to better suit today’s users.

The form factor is nothing new to the smartphone world, having already seen countless offerings from HTC and Samsung that do this kind of thing, but it’s good to see BlackBerry doing this too. Wu says that this will offer the “best of both worlds.”

More specifically, Wu goes on to say that the BlackBerry Pluto 9900 (as it’s currently being called) resembles “a cross between the Storm2 and one of RIM’s non-touch QWERTY devices.” I wonder if RIM would consider a Palm Pre-style vertical slider either in addition or in place of the horizontal slider.

Which would you prefer?