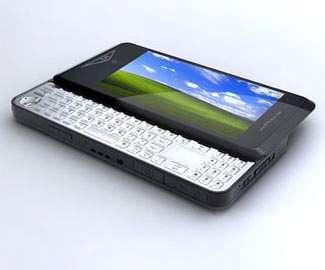 Do you remember that ITG xpPhone? Remember how it was supposed to be one crazy smartphone that got powered by a full build of Windows XP? Well, ITG is going further, because they’re going to plop Windows 7 into that frame.

We all know that Windows 7 is supposed to be more efficient than Windows Vista and that’s why a variety of netbooks are able to make the jump. If the original xpPhone was able to handle Windows XP, I guess it makes sense that it can do Windows 7 too. A name change might be in order though.

To make matters even more intriguing, ITG isn’t going to stick with just a single Windows 7-powered handset. Instead, it seems that the regular smartphone will get a 4.3-inch touchscreen, but a 4.8-inch and a tablet-style 7-inch version will also be offered. Thankfully, the 7-inch version takes a Bluetooth headset. That way, you don’t have to hold the monster up to your face.

All three variations get a 5-megapixel camera and dual GSM/CDMA support too, as well as Wi-Fi, optional WiMAX, Bluetooth, and GPS. Power comes by way of an AMD Super Mobile CPU and anywhere between 512MB and 2GB of memory. There are also SSD and HDD options for up to 120GB of storage.