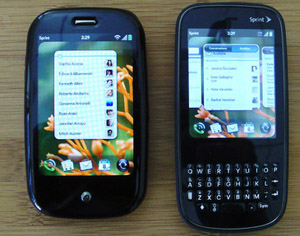 The Palm Pre hasn’t been as huge a success for Palm or for Sprint as both companies had hoped, but they’re reapproaching the market with something a little more affordable. We had caught wind of the bar-style Palm Pixi before, but it seems that Walmart is already prepared to toss it in the bargain bin.

Well, not exactly, but considering that the Palm Pixi hasn’t even officially launched through Sprint yet, it is a little odd that Walmart would already slash the price by 70%.

The official launch price for the Palm Pixi is supposed to be $100 with a qualifying two-year contract, but it seems that Walmart is ready to sell the phone for a measly thirty bucks. Considering the other $30-with-contract phones out there, the Pixi looks like a relative bargain.

This is until you realize that the Palm Pre is selling today for $100. That extra $70 gets you a bigger screen, faster speeds, the inclusion of Wi-Fi, and an improved camera.

Seeing how you still have to sign up for the same Sprint plans, which start at $70 a month, you may as well get the Pre over the Pixi, right?