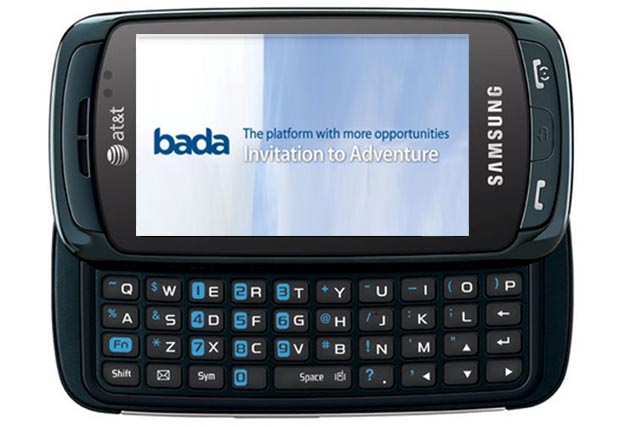 Going through the smartphone market, you’ll find more than a few options when it comes to different platforms. Apple has its own iPhone OS. RIM does the BlackBerry thing. Microsoft offers Windows Mobile and Google has that Android thing. Well, Samsung wants in on this game too.

It’s not like Samsung is new to the smartphone thing. We’ve already seen a variety of regular Windows Mobile phones, as well as handsets “upgraded” with Samsung TouchWiz, not to mention the Android offerings too. But that’s not enough for ol’ Sammy.

The new mobile operating system from Samsung is called bada, which is Korean for ocean. This name was meant to “convey the limitless variety of potential applications which can be created using the new platform.”

There are no screenshots or any other specific information, but it sounds like Samsung could have something for us next month. You can check them out at bada.com.

Am I the only one who sees an inevitable partnership with Microsoft’s newer search engine? Bada Bing! Tony Soprano would approve.