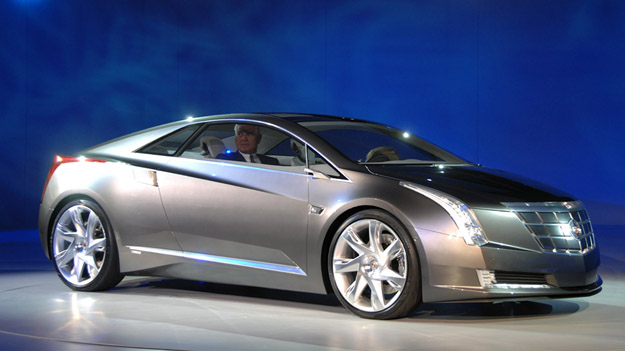 You know how we’ve been waiting for the Chevrolet Volt for what feels like an eternity? It seems that the electric car will be joined by a more upscale stablemate in the form of the Cadillac Converj. We’ve only seen this car in concept form, but it seems that Caddy is ready to push this car into production.

The Cadillac Converj shares the same electric drive system with the Chevy Volt and it will give you up to 40 miles of range on electric propulsion alone. If you need to get any further than that between charges, you can make use of the small gas engine to extend your range to a few hundred miles.

Shown here in its concept form, the Cadillac Converj is certainly sportier and sleeker than what you would normally expect from the Cadillac brand. There’s word that a pair of rear doors, maybe suicide-style like the Mazda RX-8, will be added to the production model.

Since GM hasn’t confirmed anything yet and these things inevitably take longer than we’d like, the current word points toward a 2012 launch at the earliest for the Converj. For another take on the GM electric thing, you can also look forward to the Opel Ampera in 2011.