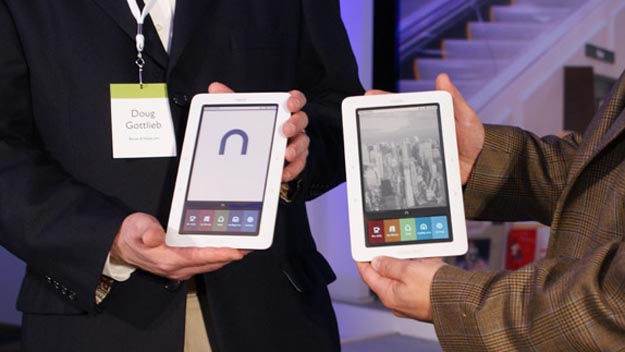 When the Amazon kindle first hit the scene, people got pretty excited about the new e-book reader. Well, the Barnes & Noble Nook could represent the first major competitor to the Kindle and pre-orders seem to be going very well. In fact, they’re going too well.

Barnes and Noble is now saying that the higher than expected sales numbers are going to push the new ship date a little further down the calendar. The original plan was to get the dual-screen Nook to ship out to consumers on November 30th. That would give you enough time to wrap it up for Christmas.

For now, the delay sounds relatively short and you’ll still have time to pack it up for the holidays, but the timeline is getting a fair bit tighter. More specifically, Barnes & Noble is saying that the new release date is December 11.

Will all this excitement simply garner even more excitement and, thus, more pre-orders? Will Barnes & Noble push the Nook eBook reader even further into the holidays?