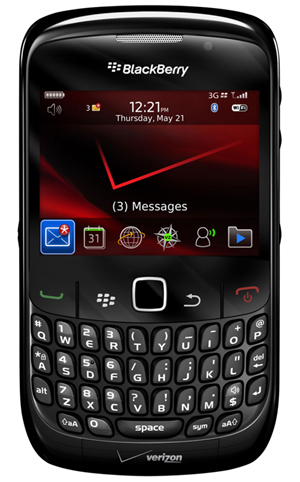 A variation on this updated BlackBerry Curve is already available through Rogers Wireless in Canada, but now the CDMA side in the United States is getting its fair share of new berry juice too. Verizon Wireless has just announced that it will be launching the BlackBerry Curve 8530.

Set to hit store shelves on November 20, this newest addition to the smartphone family does away with the trackball that we’ve come to know and love from RIM, placing an optical trackpad in its place. It works in much the same way, but you don’t have to worry as much about getting random debris stuck in there. It also makes for a sleeker overall appearance.

If you choose to go to big red for the Curve 8530, expect the Verizon reps to ask for $99.99 on contract after a $100 mail-in rebate. From what I hear, Sprint will be launching its take on this phone around the same time for around the same price as well.