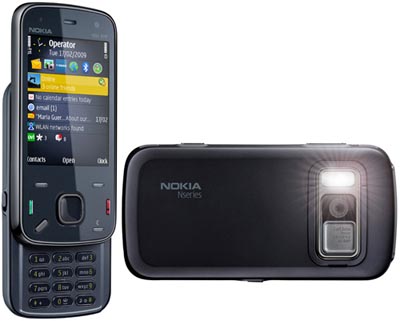 We got a good look at the Nokia N86 camera phone when we learned that the Nokia flagship stores would be selling it in the United States, but what about a carrier subsidy? Well, Canadians are getting treated to eight megapixels of greatness, thanks to Rogers Wireless.

It’s not like this announcement came out of left field. Early last week, we caught a leak about some ultimate webphones from Rogers and now this is coming to fruition. The best part is that the Nokia N86 is going to be really affordable too.

Easily the single-biggest selling feature on this slider phone is the inclusion of the 8-megapixel camera. That looks like one truly outstanding camera, but since this is an N-series handset, you get all of that smartphone functionality too. YOu don’t get a touchscreen or a QWERTY keyboard, though, so typing might be a bit of a struggle.

There’s no specific word as to when Rogers Wireless will start selling the Nokia N86, but they do mention a $99.99 contract price and a release date in time for the holidays.