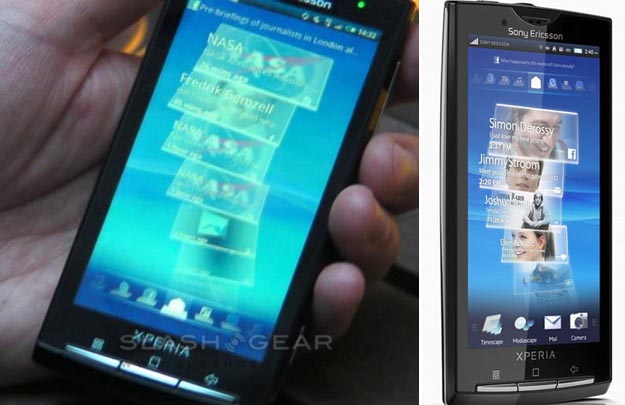 While the first Sony Ericsson XPERIA X1 got its juice from Windows Mobile (with the Panels UI overlay), that’s taking a dramatic change for this smartphone. Sony Ericsson is offering the XPERIA X10 as its first ever Google Android phone. It’s not just regular old Android, though, since you get Sony Ericsson Timescape and Sony Ericsson Mediascape overlays.

The features are pretty much in line with what we had heard through rumors up until this point. Power comes by way of that peppy 1GHz Qualcomm Snapdragon processor. Running through the spec sheet, we also find quad-band GSM/GPRS/EDGE, tri-band UMTS HSPA, aGPS, Bluetooth, Wi-Fi, 4-inch WVGA touchscreen, microSD expansion, and 8.1 megapixel camera.

From what I can see, the Sony Ericsson XPERIA X10 will not have the hardware QWERTY keyboard like the X1. Instead, you’re going with a full touchscreen interface not unlike the iPhone and HTC Hero.