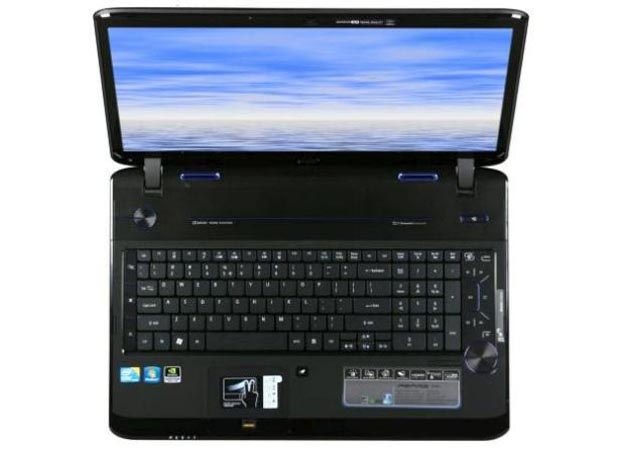 Some people choose to buy a notebook for its portability. These are the kind of people that would likely value a 13-inch ultraportable subnotebook. The new Acer AS8940G-6865 is not for these kind of people. Instead, the 18.4-inch monster of a laptop is very much a desktop replacement machine and it has the horsepower to back it up.

Yes, it doesn’t have the most memorable of names, but the guts inside can speak for themselves. I wouldn’t recommend hauling this around from coffee shop to coffee shop all that much, but you should be able to outperform most smaller laptops with ease.

You don’t have to worry about connectivity either, since you get draft-N wireless, five USB ports, HDMI, eSATA, card reader, VGA, Dolby audio, and a touch-capacitive media control interface. Bear in mind that this Acer tips the scales at over 10 pounds.