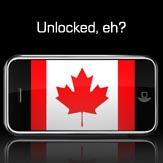 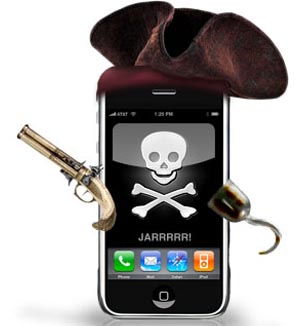 Different flavors of the Apple iPhone are currently available through Fido and Rogers Wireless. They’ll soon be joined by Telus and Bell. So, which version of the iPhone do you get when you walk into the Apple Store? As it turns out, they may have them factory unlocked.

If you were to walk into a Rogers store today to buy an iPhone, it would come preloaded with a Rogers SIM card and it would be locked to the Rogers network. That will still be the case when you go to the stores of each respective carrier, but Apple Stores are going to be carrier-neutral.

This is presumably in an effort to best allocate its stock, accommodating as many customers as possible. The word on the street is that when the iPhone stock arrives at an Apple Store, each of these handsets will be factory unlocked and will not come with a SIM card inside. Instead, the SIM card will be packed separately.

Yes, Apple Stores in Canada will be loaded with unlocked iPhones in their inventory, but they’re not completely unlocked. The rumor says that as soon as a Telus SIM card is inserted in the iPhone, for example, it will become locked to Telus. The same with a Bell, Rogers, or Fido SIM.

Does this mean that someone could presumably walk into an Apple Store, grab the unlocked iPhone, and insert an international SIM card for use in another country? It’s unclear at this point whether these phones will be made only to recognize one of the four Canadian carrier SIM cards, so we’ll have to wait and see.