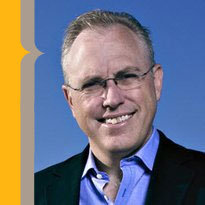 This fall was supposed to bring all sorts of wonderful competition to the Canadian wireless industry. Rogers would no longer have a stranglehold on the GSM end of the equation, since Bell and Telus would be launching their own HSDPA networks, not to mention the introduction of Wind and Dave. Well, Wind Mobile has hit quite the snag.

Even though the expectation was that Wind Mobile would be able to start its operations in the next month or two, its progress has now been stunted due to a ruling from the Canadian Radio-Television and Telecommunications Commission (CRTC).

Wind Mobile, which is the brand being operated by Globalive, is currently not being allowed to move forward, because it does not comply with the CRTC regulations concerning ownership and control. More specifically, the rules state that wireless carriers must be 80% Canadian owned, controlled, and operated.

Currently, an Egyptian company called Orascom has 65.1% equity in Wind, as well as the rights to the Wind brand in Canada. Does this mean that Wind needs to find itself some new investors? Perhaps, but Wind CEO Ken Campbell says that they “are not deterred. We are exploring different paths. And with your support and voice, we will find a way.”

Canada has one of the strictest set of protectionist regulations for the telecommunications industry. T-Mobile (Germany) pull out of Microcell, which operated Fido. AT&T (USA) pulled out of Rogers. And now an Egyptian firm could be pulling out of Wind. Where’s the international competition?