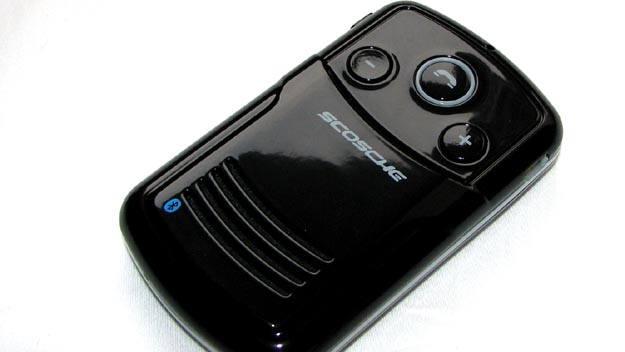 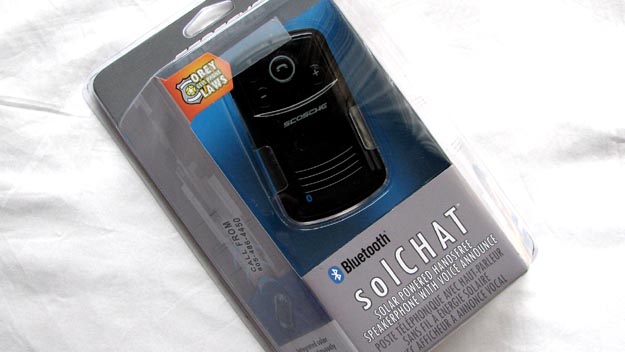 It is illegal to use a handheld cell phone while driving in California. A similar cell phone ban recently kicked in over in the province of Ontario. While you could certainly partake in a regular Bluetooth headset or even a wired headset, it may be more comfortable in the long run to consider a Bluetooth speakerphone instead.

One of the troubles that you’ll encounter, however, is how to keep this speakerphone charged up when you are constantly on the road. The car charger cable can be cumbersome and you don’t want to uninstall it every time you want to bring it home for charging. Overcoming this very concern is the Scosche solCHAT Bluetooth speakerphone. Harnessing the power of the sun, you may never need to plug it into a power outlet.

In terms of raw functionality, the solCHAT doesn’t really break the mold. It’s there to accept your phone calls, letting you chat without having to hold anything up to your head. There’s a powerful speaker and a built-in microphone. 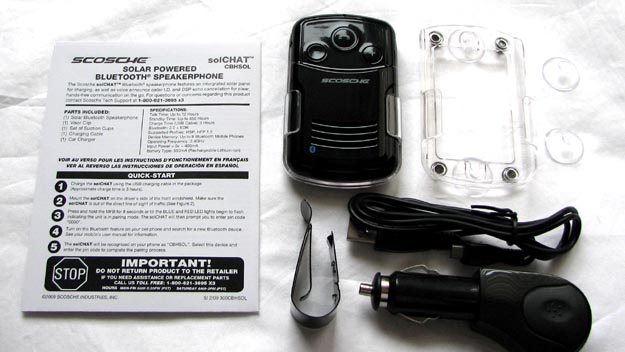 Easily the biggest selling point here, of course, is the integrated solar panel. Using the provided mounting equipment, you can attach the solCHAT to your windshield with suction cups. This way, the solar panel is constantly facing the world around you and it’s getting power all day long.

Aside from the suction cup mount, there is also a metal clip that can be used to attach the Scosche solCHAT to your car visor. This isn’t quite as good for solar power, but it may be more convenient for some. There’s also a USB cable and car adapter if the solar panel isn’t keeping up with your power needs.

Easy to Use with Voice Guidance Too

To get your way through the functions of the Scosche solCHAT solar-powered handsfree speakerphone, you are only using three buttons on the face.

The biggest button does just about everything. You hold it to turn it on, turn it off, and start the pairing process. Shorter presses are there to answer and hang up on calls. For the purposes of handsfree utility, it may have been better to include a larger button, but this one works just fine. The other two face buttons are to adjust the volume. You probably won’t be using these nearly as much, since you’ll find your desired volume level and stick with it.

These voiced directions are incredibly pervasive. Instead of having to stare down at the smaller display of your cell phone when you get an incoming call, the solCHAT will announce the caller ID with the incoming call’s digits. Pretty handy, but it would have been even better if it could use text-to-speech to announce the caller’s name instead.

As mentioned, the speaker on this device is very strong and I was able to hear everything loud and clear whenever I had a call. 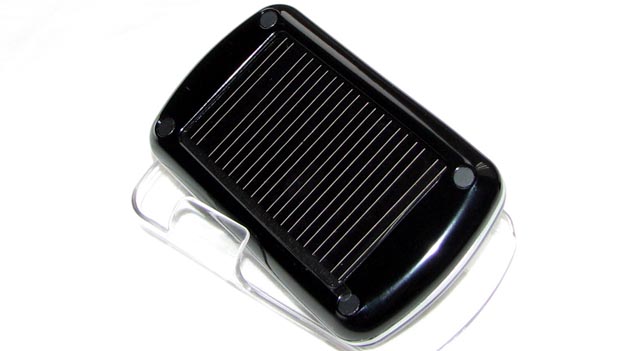 Asking the person on the other side of the line, it seems that the microphone on the solCHAT is about on par with other handsfree speakerphones. The voice quality on that end is reasonably clear, but you may sound a little “distant” compared to when you are using a regular headset or the phone’s microphone itself.

If you’re looking for something positively revolutionary in its approach to handsfree phone calls, you may want to look somewhere else. However, the Scosche solCHAT does offer two important features that make it a better option that most other Bluetooth speakerphones.

First, the integrated solar panel is a definite plus, since you will never need to worry about charging this device. The suction cup-based mount is perfect for this purpose. Second, the voiced announcement for caller ID and other functions aid in the user-friendliness, but I would have preferred a text-to-speech solution for caller ID.

The Scosche solCHAT is a great Bluetooth speakerphone. It’s compact, easy to use, and offers good voice quality. Just make sure that you don’t park in shadier neighborhoods with this attached to your windshield.