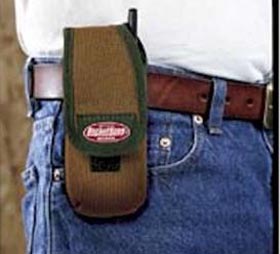 You know how they say men shouldn’t keep their cell phones in their pockets, because the radiation can affect their fertility? As a result, some men have decided to use a belt clip-style holster for their cell phones, but now this configuration is revealing another issue altogether. Care for a replacement hip?

HealthDay News is reporting on a new study that says that cell phones can have a harmful effect on bone density. The study, conducted by Turkish researchers, would then lead us to believe that even when you take your phone and place it in a hip holster than the radiation could penetrate into your bones and lead to problems down the road.

As with so much of this kind of research, this study published in the Journal of Craniofacial Surgery (September 2009) cannot assume a causal relationship; only a correlational one. And we all know the difference between correlation and causation, right?