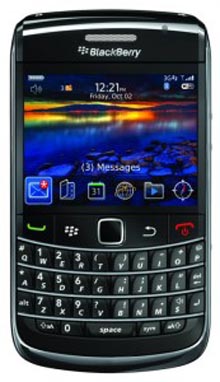 Coinciding with the sister announcement from Research in Motion, Rogers Wireless has come forward to officially announce that it will be adding the new BlackBerry Bold 9700 smartphone to its lineup in “the coming weeks.” The assumption is that this Bold 2, so to speak, will be ready for public consumption some time in November.

We’ve known about the existence of the BlackBerry Bold 9700 for some time, so the spec sheet doesn’t bring much in terms of surprises. The now-old trackball has been replaced with a trackpad and the overall form factor appears to be a little more compact.

From the Rogers side of the equation, you can expect to pay $299.99 with a qualifying ($45+) three-year voice and data contract.

If you’d prefer to go somewhere else, Wind Mobile sounds like it’s getting the Bold 9700 too, as are Bell Mobility and Telus Mobility. Canadians will be able to find this phone just about everywhere, eh?