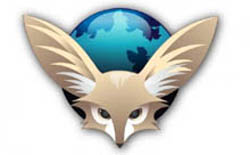 Mozilla Thunderbird has become quite the popular email program, replacing Microsoft Outlook on many computers. The same can be said about Mozilla Firefox becoming a popular web browser on our home computers. Well, the team at Mozilla are busy working on something for the Apple iPhone too, but it might not be the Fennec web browser.

As you may recall, the Mozilla Fennec web browser is being developed for a variety of mobile platforms, giving us a better web surfing experience on our smartphones. The original plan likely included a version of Fennec for the iPhone, but Apple is notorious for not allowing apps that compete directly with their own offerings. Fennec, in effect, would compete with Safari.

So, how is Mozilla going to find its way onto the incredibly popular touchscreen platform? Well, Mozilla CEO John Lilly has gone on the record saying that the company “will release an app to the iPhone App Store in the next few weeks… It’ll surprise people.”

On the one hand, we’re hearing that it can’t be the full Fennec browser. On the other hand, Lilly revealed that the app would include the AwesomeBar and Weave, the latter of which allows for cloud-based bookmarks and history. Could Mozilla be releasing some sort of plug-in for Safari?