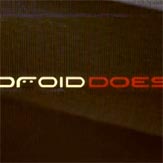 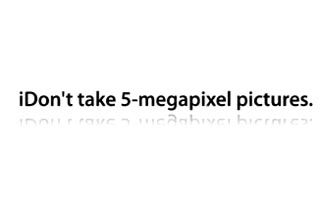 Well, there’s no denying who is the target of this latest television commercial, but it’s debatable whether anyone in Cupertino should be overly concerned. The Motorola Droid, which we had known previously as the Motorola Sholes and Motorola Tao, is set for release some time next month and the ad campaign is kicking off with a bang.

As you may already know, the Motorola Droid represents a three-pronged attack against the smartphone market currently dominated by the Apple iPhone. The hardware comes from Motorola, the network from Verizon, and the operating system from Google. The Android-powered Droid could be one of the best iPhone competitors to date. Could be.

In the first TV spot, embedded below, we start out with a very Apple-esque plain white background filled with Apple-like short sentences. However, these sentences are pointing out many of the shortcomings of the iPhone. It tells us that it does not have a real keyboard, doesn’t do simultaneous apps, doesn’t take five-megapixel pictures, and more.

So, if the iDon’t, what does? That’s where the Motorola Droid is supposed to come into play. For people who aren’t so enthusiastic about the cell phone market, this ad could serve as a good teaser or viral campaign. For the rest of us, we know it’s about the Droid and can’t wait to see how Verizon, Moto, and Google can stand up against the Steve Jobs-led juggernaut.

What do you think of this ad campaign? Clever? Childish? A little of both?