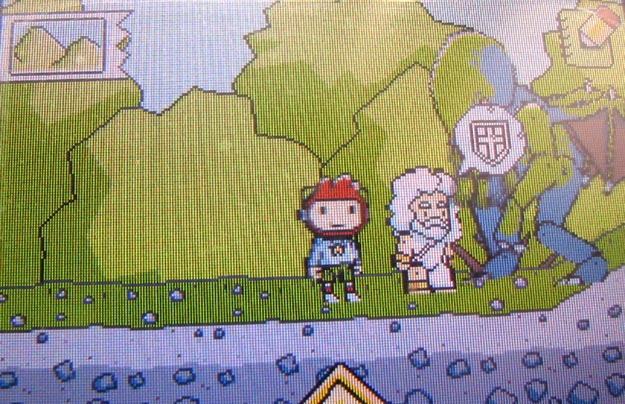 Aside from some special apps and mini-games that are being offered as DSiWare, the Nintendo DSi has yet to receive any full retail launches with games of its own. I guess Nintendo still wants to capture those of us who own a regular Nintendo DS (Lite) and with games like Scribblenauts, they’ll continue to captivate us. 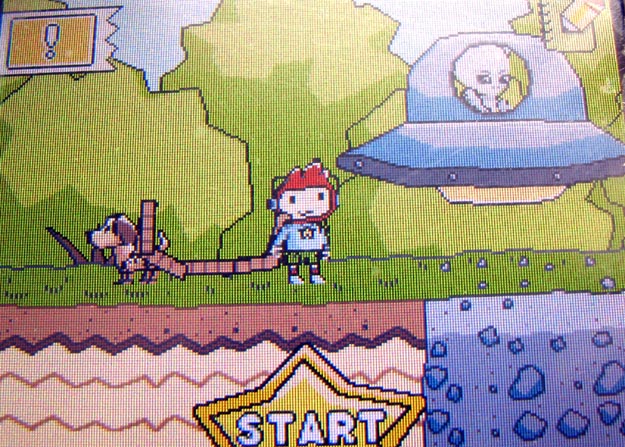 Coming by way of WB Games, Scribblenauts is easily one of the more innovative and creative games to grace the Nintendo DS platform in quite some time. Instead of being limited only to the objects you see on the screen, you can let your imagination run wild and introduce (almost) any item imaginable.

Scribblenauts in a Nutshell

As you migrate your way from one stage to the next as the Scribblenauts protagonist, you are giving the opportunity to introduce nearly any object under the sky. Hitting the notebook icon in the top-right corner opens up a keyboard and you type out the item, animal, or person of your desire.

Your selection of items isn’t completely haphazard, of course, since there is a goal. You’ll explore a total of ten worlds, each of which contain about eleven “action” and eleven “puzzle” stages. 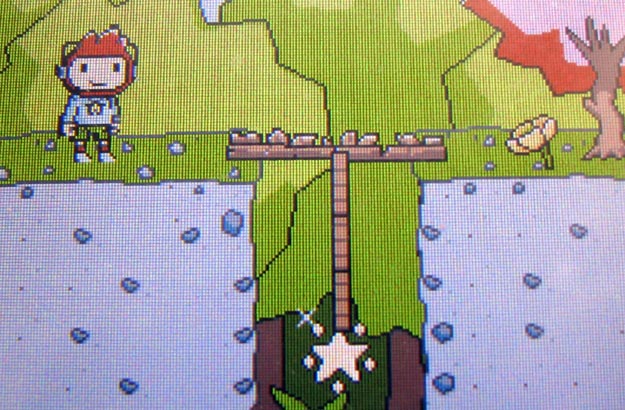 For the action stages, you’ll see a star some place and your goal is to retrieve it. Some stages may come with certain restrictions, like telling you that you cannot harm the armed guards, whereas others are more of a free-for-all. You can give yourself a machine gun, for example, and this would be fine for the latter but not the former.

For the puzzle stages, you will be challenged to complete a certain task. One of the early stages, for example, is to reunite a girl with her cat. The feline companion happens to be on the roof of a house, so you have to figure out how to retrieve (or entice) the cat off the roof.

And this is where the great power of Scribblenauts comes through. For the aforementioned puzzle with the girl and the cat, you can introduce a mouse. The cat will see the mouse on the ground, jump off the roof, and the girl can have her cat back. Alternatively, you can bring in a ladder so that your character can climb up to the roof, get the cat, and come back down. 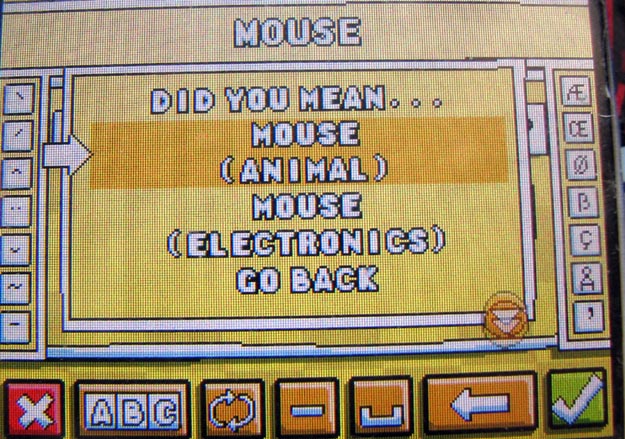 Even though the glossary in Scribblenauts appears to be nearly infinite, it really “only” has about 20,000 words or so. This is because some words bring up exactly the same object or character. Typing in “soldier” or “army” brings up the same military figure.

This bites a little into your imaginative prowess, as does the lack of ability to introduce trademarked or branded objects, but the creativity is still certainly there for you to explore.

Further still, the control scheme can be quite annoying. Aside from panning the screen with the d-pad to see the rest of the stage, all the controls are done with the stylus. This includes manipulating the objects you introduce and controlling where your protagonist goes and what he does. This is far from ideal, since you may click on an object when you really mean to move your guy.

Solving Puzzles is Only Half the Fun

Getting your way through the stages can really be a lot of fun, especially since it fostered imaginative solutions to the puzzles, but that’s only half of the Scribblenauts experience. You’ll oftentimes find yourself enjoying the “sandbox” nature of this game to play out “what if” scenarios.

In the screen above, I wanted to see who would win in a battle between Cthulu and God. Yes, you read that correctly. I’ve also been able to introduce the devil, a dragon, an alien, a Martian (which is different from an alien), and more.

This experimentation really is where you’ll extract the most enjoyment out of this game.

The controls are far from ideal and the graphics are far from cutting-edge, but Scribblenauts is some of the most fun I’ve had on the DS since Tetris and Mario Kart. It’s not for everyone and some people may not like the slower pace of the game, but I just love the truly experimental nature of Scribblenauts. In what other game can you introduce (almost) anything that you want.

And yes, you can even bring in a Rick Roll and a boombox. Unfortunately, he probably will give you up and he just might let you down… but at least you’ll have fun getting him mauled by a polar bear while an ant runs away from a camp fire.