What do you get when you borrow some styling inspiration from the Nokia N97 mini and a little more inspiration for the HTC Touch Pro 2? What if you were to add in a huge dash of prestigious class and slap on a clothing label? It seems you end up with the new Giorgio Armani phone from Samsung.

This isn’t the first time that Samsung and Armani have teamed up to produce a premium handset, so the naming scheme could prove to be a little confusing. The design style of the smartphone will also make you do a double-take too.

Powered by Windows Mobile 6.5, the Samsung Giorgio Armani smartphone gets a large 3.56-inch OLED display, a powerful 5-megapixel camera, a full QWERTY keyboard, 8GB of internal memory, WiFi, and GPS. You’ll also notice that the display goes on a tilt, just like the AT&T Tilt 2 and Nokia N97.

Naturally, there’s a premium to go with that Armani branding. On the bright side, there are no Swarovski crystals to jack up the price even further, but do expect to drop over $1000 to get your hands on this Beverly Hills-worthy handset. 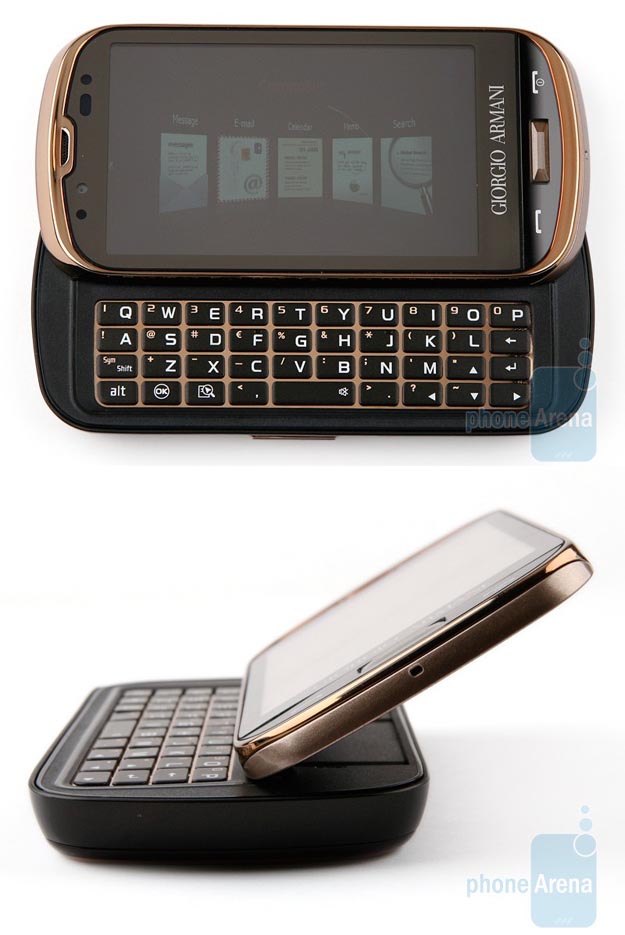