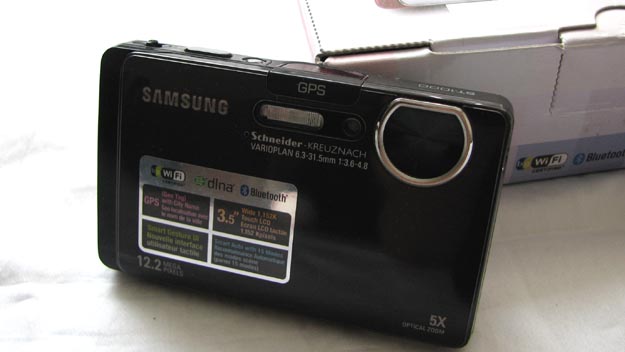 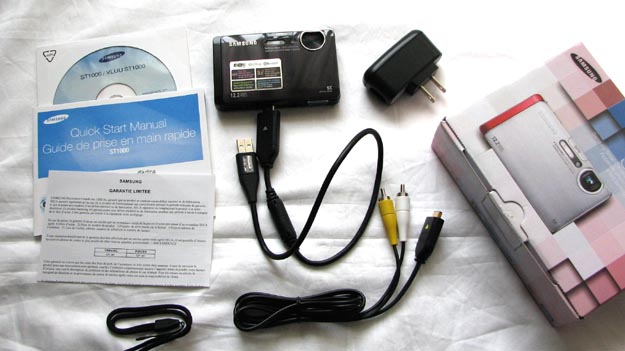 Many of us tend to lead hyper-connected lifestyles these days and we simply cannot be bothered with all of those different cables. If you’re feeling the itch to cut a few cords, you may be interested in the Samsung ST1000 digital camera.

You might remember the unboxing video that I posted last week, giving you a glimpse at what could be the most highly connected consumer camera to date. This thing has wireless radios up the wazoo.

As a quick refresher, the Samsung ST1000 is meant to approach the slim consumer digital camera market, but it brings many features that you may not find in many of its competitors. This 12.2-megapixel camera gets 5x optical zoom, a 3.5-inch WVGA touchscreen, smart gesture UI, smart auto mode, advanced dual image stabilization, and up to ISO 3200.

Perhaps even notable, as mentioned, is its highly connected nature. You get GPS for geo-tagging, Bluetooth for wireless file transfers, and Wi-Fi for uploads. This includes the ability to upload your pictures and videos directly to Facebook, Picasa, YouTube, and more. 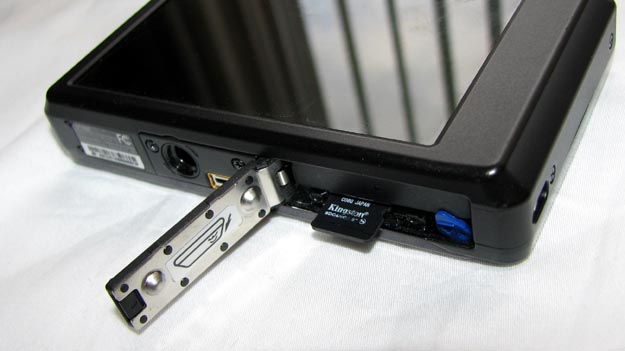 Unlike nearly every other digital camera out there, the Samsung ST1000 does not use the standard SD memory card format. It has a little bit of internal storage, but the main memory card slot is actually microSD. Thankfully, the cellphone-centric format has gone down significantly in price, so picking up an 8GB card (or bigger) won’t cost too much.

Flipping around to the back of the camera, you’ll find that it doesn’t have much in terms of physical controls. There is one small button toward the top-right that gets you into playback mode, but all the other modifications are done through the touchscreen. 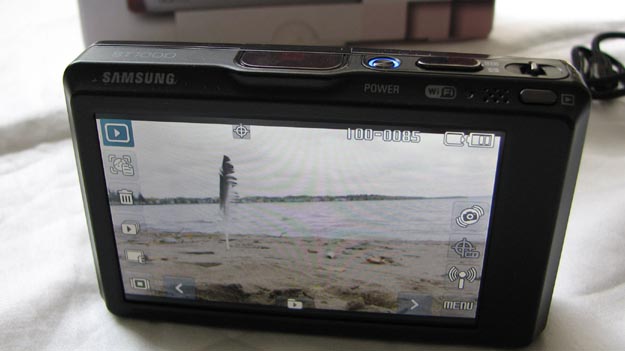 From what I can tell, the touch display is capacitive, just like the iPhone. When I tried going through the on-screen menu to adjust the settings, I could not do it when I had a glove on. What this means is that while the touchscreen is finger-friendly, it may not necessarily be winter-friendly.

The on-screen user interface very much mimics the interface you would have with hardware buttons. You can touch the icons on the screen to adjust the flash, autofocus, self-timer, image stabilization, geotagging, and so on. The right and bottom “buttons” can be stowed away like a hidden dock. This works quite well and it gives you good access to all the features.

If you have the geotagging feature activated and the camera is able to detect your location, you can have it show the name of the town or city on the screen as well. This can also come up when you’re browsing through your photos on the camera, since they can be sorted not only by date, but also by location.

Connecting via Wi-Fi… Sort Of

This certainly isn’t the first camera with Wi-Fi, but I do like the ability to upload pictures taken directly to the world wide web. Unfortunately, it seems to only scan for SSIDs that are visible and available. 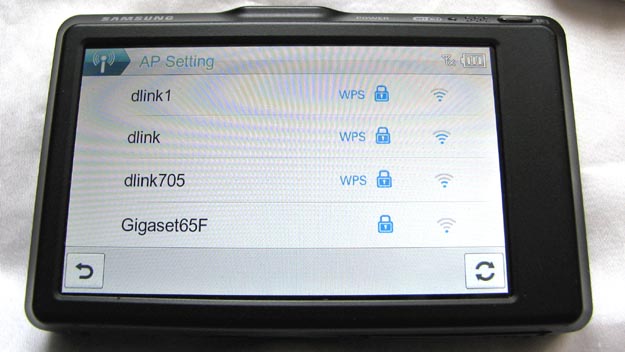 You can access protected networks, but you can’t access networks whose SSIDs are hidden. That’s a pain for security enthusiasts who do that (like me). I’ve encountered similar issues with WiFi-equipped photo frames and this is something that all makers of consumer electronics should bear in mind.

And the Picture Quality? 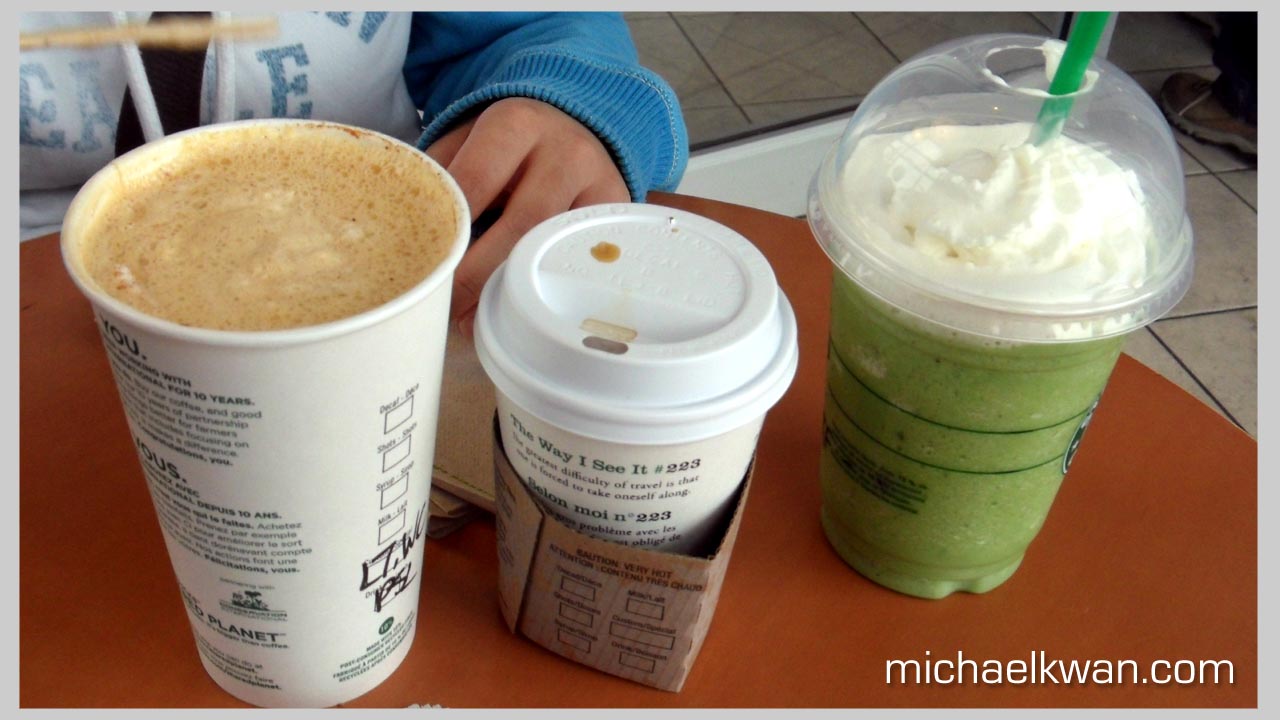 I thought the picture quality offered by the Samsung ST1000 was quite good. Shown above is a macro shot that I took at Starbucks and it was able to pick up on the colors quite well.

You can see a few more sample shots on my Flickr account, including a couple where I used the “classic” color option. This makes for a great grayscale photo and you can apply filters like it from the playback menu as well as during the photoshoot itself.

If you’re the kind of person who values all sorts of wireless connectivity and you love messing around with big touchscreen displays, the Samsung ST1000 seems to be a very solid choice. The build quality is great, the picture quality turns out quite good, and the optical zoom doesn’t result in a protruding lens. The geotagging is a nice touch too.

I would have really liked to see a stronger Wi-Fi utility that allowed for connection to hidden SSIDs and this camera is a little heavier than I would have liked, but this is still a great picture-taker. Too bad it’s currently listing at over $500.