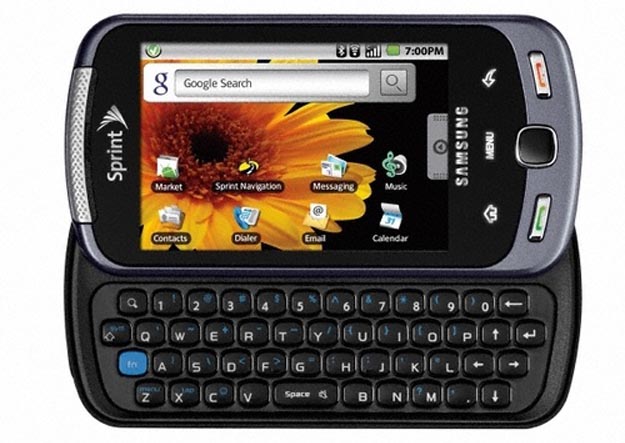 Maybe the HTC Hero isn’t your cup of tea, but you still want to get in on some Google Android action with Sprint. Maybe you’d prefer to have a slide-out QWERTY keyboard for busting out those emails and text messages. If that’s the case, you may want to take a minute to consider the newly revealed Samsung Moment.

We once knew about this upcoming phone as the Samsung InstinctQ, but it seems that the Korean electronics giant has decided to drop that branding. The Samsung Moment, as you can imagine, comes equipped with Google Android, giving you access to the Android Market and more.

You like nice displays? You’ve got one here in the form of a 3.2-inch AMOLED touchscreen. That should be great for online videos, web surfing, and maybe even a game or three. Other highlights include the 800MHz processor, full QWERTY keyboard, and 3.2 megapixel camera.

Expect the Samsung Moment Android smartphone to hit Sprint store shelves on November 1. It’ll run at $179.99 with a two-year contract, assuming that you’ll deal with the $50 instant rebate and $100 mail-in rebate.