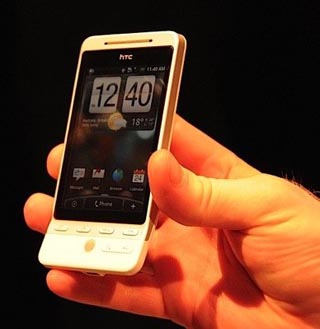 Most people probably turn to Stuff Magazine for the pretty girls in scantily-clad clothing, but they have some interesting “lifestyle” articles in there for you as well. As part of the 2009 Stuff Gadget Awards, the magazine named the HTC Hero smartphone as their Gadget of the Year.

Presumably, this is based on the vanilla version of the HTC Hero with the distinctive Android chin and not the chin-free version that is on its way to Sprint, since the latter isn’t even available yet.

As you know, the HTC Hero is equipped with Google Android as its operating system and then it gets topped out with a trackball, 3.2-inch touchscreen, five-megapixel camera, and plenty of Android apps at your disposal too. The Stuff judges say that the Hero is just “as clever and as sexy as the iPhone.”

To make the awards slightly more confusing, the HTC Hero did not win the Stuff Phone of the Year award. That honor went to the Apple iPhone 3GS. In this way, I guess they’re more impressed with the Hero for its gadget-y goodness rather than its ability to, you know, call people.