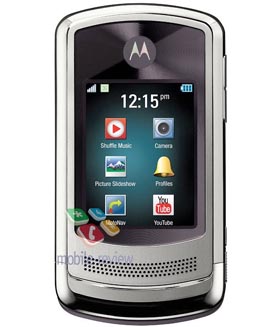 Aside from the days of the StarTAC and MicroTAC, Motorola really enjoyed its greatest success when it wowed the world with its Motorola RAZR V3 and all of its subsequent successors. We saw the RAZR V3i, V3c, V3x and so on. They rode that pony as far as it could go, but it seems that they’re ready to jump back in the RAZR saddle again.

We’ve already seen the release of RAZR-like phones in recent history, especially if you include the handsets as part of the KRZR, SLVR, and RIZR lines. Even so, the boys and gals at Motorola feel there is still a viable demographic out there who want a new RAZR phone and thus, they created the Motorola RAZR V13.

Also known more simply as the Motorola V13, this phone was once thought to be cancelled and off the shelf. We even heard about it through its Motorola Ruby codename for a while. Well, it’s back and it’s been approved by the Bluetooth SIG yesterday.

The basic specs include a 2.2-inch QVGA internal display, 2.0-inch QVGA external touchscreen display, CDMA/EV-DO connectivity, Bluetooth, and a 5-megapixel autofocus camera with flash. Should we be expecting this through Telus, Verizon, and Bell? Maybe.