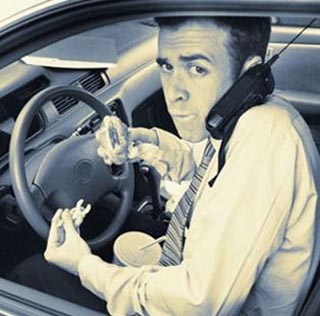 Remember a few months ago when we learned that cell phones would be banned in Ontario? This would follow in teh footsteps of other jurisdictions, like California, where it is unlawful to use your handheld cell phone while behind the wheel of a vehicle. At the time, we didn’t know too much regarding the particulars, but we’ve learned a little more now.

Most importantly, we know about the effective date for Bill 118, also known as the “Countering Distracted Driving and Promoting Green Transportation Act.” There are some other stipulations in there, but the most important part for our purposes is the restriction on handheld phones while driving.

The Ontario cell phone ban kicks in on Monday, October 26, 2009. That’s less than a month away, so you may want to go shopping for some sort of handsfree device. I’m sure all the Bluetooth accessory retailers in Ontario are more than happy with the passing of Bill 118.

The new law goes into effect on October 26, but ticketing doesn’t start until February 1st of next year. That gives you some buffer time to adjust to the change, but if you do get caught, you can be hit with a ticket as high as $500. You won’t get any “points” though.