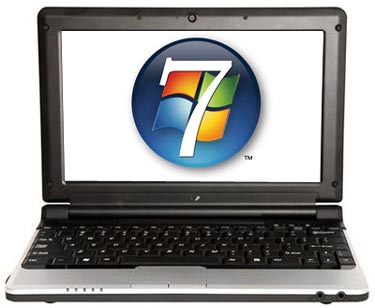 Initially, it seemed that the vast majority of netbooks would only be able to install Windows 7 Starter Edition. If the OEMs chose to make a netbook that was more powerful, they would then have to upgrade to more robust (and more expensive) version of Windows 7. This way, the OEMs would not be able to “cheap out” with Starter Edition across the board.

Thankfully, Microsoft has now lifted this restriction. A spokesperson from Microsoft UK says that the OEMs and ODMs “have the choice to install any version of Windows on a netbook. Starter is an entry version and doesn’t have many of the consumer or business features. The three application limit isn’t there anymore.”

The long and the short of it is that assuming the computer means the minimium requirement, it can come pre-installed with any version of Windows 7 when it launches later this year. You can save money with the Starter Edition or you can get more features with the other versions. Consumer choice from Microsoft. Imagine that.